Following protocol for Sunny Davis includes looking up the word in a dictionary. Sunny works day in and day out trying to make the most of a bad situation. Everything suddenly comes to a boiling point when a nightmarish event turns Sunny’s life into the American Dream.

Protocol (1984), directed by Herbert Ross, is another tour de force of comedy starring Goldie Hawn. This time around, Goldie steps into the political limelight as Sunny Davis, a waitress with nothing to show for all her hard work. Sunny notices the commotion of a political White House event one night, peeking her head through the crowd to get a look at the guests on the red carpet. Rudely stepping in front of her, a man bumps into Sunny. She feels something in his jacket pocket, quickly realizing it’s a gun. In a sudden wave of events, Sunny stops the man from assassinating a foreign dignitary. But in Sunny fashion, she finds that her actions literally become a pain in the butt (when she gets shot in her rear). 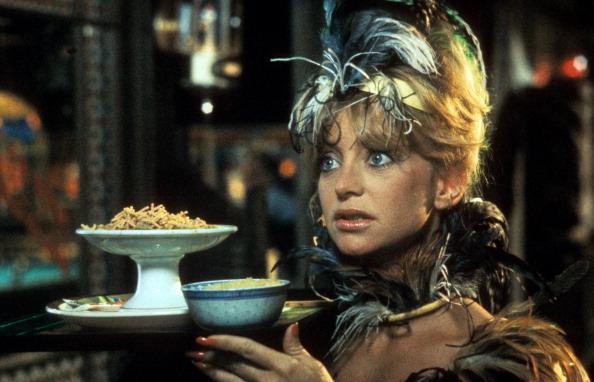 Sunny wakes up to find her life on a much different path. The entire country becomes fascinated with her after saving the dignitary’s life. Her spunky, outspoken and truthful nature helps her skyrocket to beloved icon status. The White House takes notice of her ability to capture the public’s attention, harnessing it to work in their favor. Sunny must quickly learn to navigate the bumpy road of political infamy while staying true to what she believes in.

Goldie Hawn plays the American “ditzy blonde that has a lot more on the ball than expected persona” that she had been honing since the late 60s. Her ability to appear superficial while still being a strong woman is the fine line Hawn balances throughout Protocol much like she did in the better known Private Benjamin. Fans of The Princess Bride will also recognize Prince Humperdinck and Fright Night star, Chris Sarandon as Hawn’s love interest. But Protocol is all Goldie, as per usual, no matter who she stands next to, pales next to her infectious charm and jubilance. 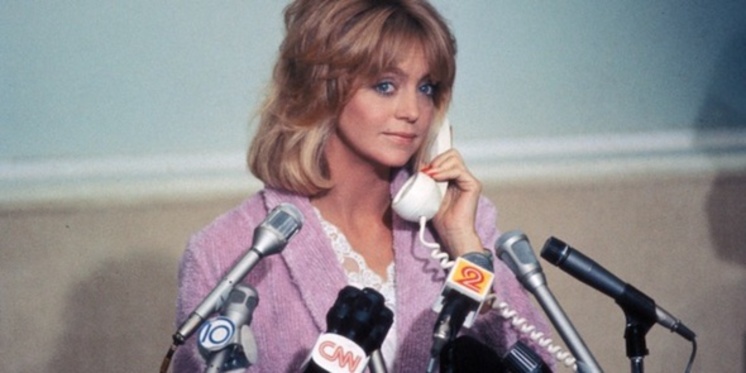 Protocol director Herbert Ross was best known as a choreographer before ever stepping into the directors chair with the musical version of Goodbye, Mr.Chips in 1969. Ross’s filmography expanded with titles such as Funny Lady, Pennies from Heaven and the infamous Footloose. Herbert had the ability to direct and produce across all genres while still sometimes choreographing musicals.

Writer Buck Henry was a Hollywood Renaissance Man known not only for his game-changing script for 1967’s  The Graduate but for directing, and appearing in over 40 films (least of which are Catch-22, The Man who Fell to Earth and Heaven Can Wait) not to mention his record-breaking stint as SNL guest host. He was oscar nominated twice in his career, winning once The Graduate.

Protocol had all the makings of a perfect comedy. Sadly it was eviscerated by the critics and never recovered. Time has somewhat healed those wounds, with Hawn’s indefatigable charm propelling this breezy 80s comedy into the guilty pleasure column of those who appreciate the star’s undeniable timing.

Following Protocol has never been more fun than with Goldie Hawn by your side. The film, newly released on DVD from Warner Archive Collection is available now.