As most people know, World War II was, to put it lightly, an atrocious affair. My grandfather served in the Marines during the conflict and from stories I’ve been told by family members over the years, it took a huge mental and emotional toll. Battleground, starring classic actors such as Van Johnson, John Hodiak, Ricardo Mantalban, and George Murphy, gave me a greater understanding of just what he likely went through by showing the horrors the men who fought faced in an incredibly biting, realistic rendering. 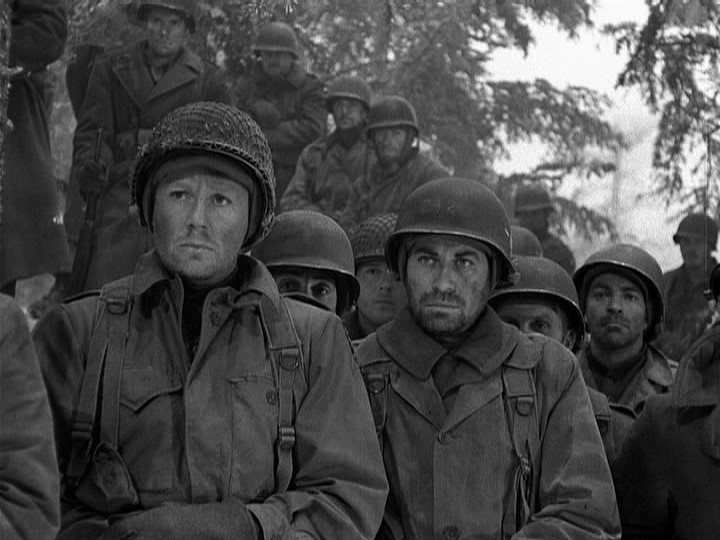 Considered one of the first truly significant films about the war made after it ended, Battleground takes place in the midst of the Battle of the Bulge. It follows infantrymen in the 101st Airborne Division of the U.S. Army stationed in Belgium during the Siege of Bastogne in December of 1944. Making its premiere almost exactly five years after the battle, it is a stark, unrelenting piece of filmmaking. Screenwriter Robert Pirosh, who served as an infantryman during the Battle of the Bulge, based the script on his own personal experiences. He also consulted with twenty veterans of the 101st, who were hired to train the actors and appear as extras. The film was incredibly faithful to their experiences and is one of the first I’ve seen of this era that shows soldiers as men with real emotions, rather than as stone-faced fighters with nothing to fear.

In fact, the film is widely recognized as one of the first of its kind to portray GI’s as real human beings. They are seen dealing with everything from exhaustion, sexual frustration, sickness, hunger, extreme weather conditions, to monotony. Their anger and fear in regards to their situation is intense. The film has no qualms with showing the brutality of the war and the sadness that comes with the death of a character; it legitimately hurts when any of them are killed. I believe it to be a testament to good writing when a viewer genuinely cares that much about the characters. There are the hardened men who are easily able to shrug off death after a while, but for the younger, greener men, it’s still hard to shake. There is a great sense of realism, especially during an excellent scene involving hand-to-hand combat when three of the men are caught outnumbered by German forces. 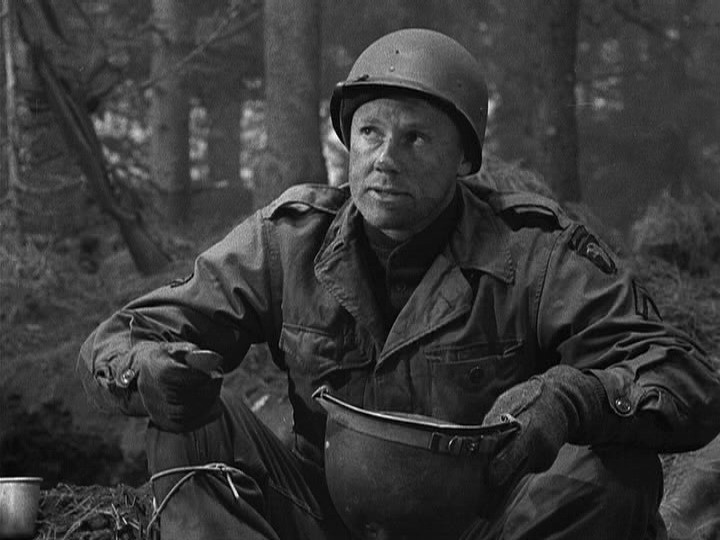 The film isn’t completely dark, however. While the men do experience quite a bit of pain, there are small indulgences they are able to partake in when someone is nice enough to take them in or supplies are dropped. Whether it be the rare shared cigarette, a cup of coffee, or a hot meal, they are able to find joy in the simplest of things a lot of people tend to take for granted in this day and age. Though the war is always right in front of them, they do occasionally get the chance to enjoy themselves, no matter how briefly. Their grit, determination, and longing for pleasures such as these are what carries them through.

Battleground is truly a sight to behold. I don’t think I’ve seen a film about World War II quite like this one. The horrors of war are depicted in a way that is neither exploitative nor heavy handed. It merely shows it for what it was: a grueling, terrifying experience for all involved.