In 1953 Warner Brothers released their 3D film House of Wax starring the gift the movie gods gave to us all, Vincent Price. 3D was the first of many grabs by Hollywood to ward off the evil specter of television, and House of Wax was a (pardon the pun) monster success; the kind of boffo hit that Hollywood doesn’t ignore. Enter Harry Cohn over at Columbia, who decided they needed their own House of Wax, and before the prints for House of Wax had dried, Columbia put The Mad Magician into production.

There are notable similarities between House of Wax and The Mad Magician both onscreen and off. Both star Vincent Price as a scorned creative in a setting of the late 1800s. Both were produced by Bryan Foy, written by Crane Wilbur, and shot in 3D, with “Magician” being Columbia’s last entry in the ‘50s 3D craze. To The Mad Magician’s credit, it doesn’t even try to pretend that it’s not the House of Wax.

Price plays Don Gallico, a magician, master of disguise, and stage illusion inventor under contract to a rigid and strict theatrical businessman. A boss who tells him he’s a fool to think of himself as a magician, and should be content selling his works off to other acts for the fun and profit of his boss’s bank account, he also informs Gallico that due to his contract, all inventions belong to him.

We later learn that Gallico’s wife, played the great Eva Gabor, actually left Gallico for his boss. This leads Gallico to show his newest illusion to his employer, but this time instead of a stage trick, Galligo engages in a little light hearted decapitation. One thing leads to another and, well, let’s just say we end up with than one body to dispose of. The Mad Magician keeps tongue firmly planted in cheek, and at a breezy 72 minutes,  it’s a total hoot.

The Mad Magician was directed by John Brahm, who had a particular flare for the macabre, finishing out a TV directing career from the mid-’50s, including series such as The Twilight Zone and Alfred Hitchcock Presents, not to mention the handful of episodes Brahm directed of the Boris Karloff hosted series Thriller, which are really quite good. 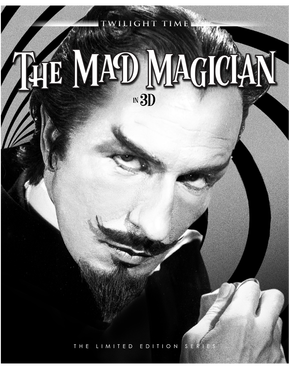 Twilight Time brings The Mad Magician to Blu-ray in 3D, and it looks really fab; a solid black and white presentation that doesn’t disappoint. But what makes this release a must own are the extras. There’s a wonderful commentary by David Del Valle and Steven Peros, as well as a fantastic documentary on the feature by Ballyhoo Motion Pictures, whose work will be familiar to devotees of Shout Factory’s line of Mystery Science Theater 3000 DVDs.

But the real highlight of the bonus features are the two 3D shorts Three Stooges made in full 3D: Spooks! and Pardon my Backfire. Spooks! has been one of my favorite stooge outings since I was a kid, and what a treat it is to see it here, along with “Backfire.” I simply can not hide how much I love this release, as it may be my favorite title from Twilight Time yet. 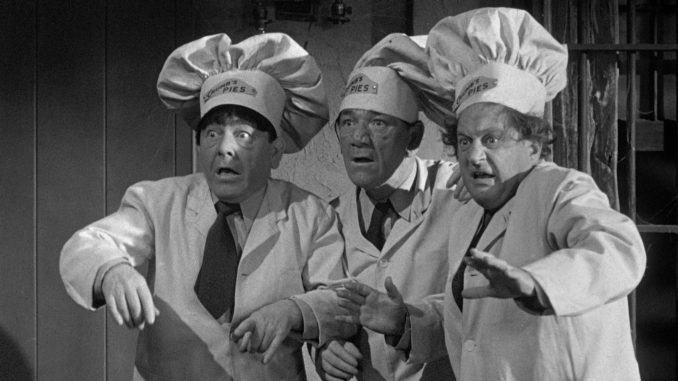 On a textbook level The Mad Magician is not a  “good” film, but when you’ve got Vincent Price in beautiful Black & White and 3D, going on an 1800s revenge killing spree; who could say no to that?