Nathanael Hood reveals the man behind the curtain, Stanley Donen, the Wizard of Royal Wedding

Gene Kelly may have danced in the rain and Howard Keel on boards and barn-beams, but when Fred Astaire fell in love, he danced on the walls and ceiling. It was a sequence that would change the face of movie musicals: in the throes of new love, Astaire tap dances in his hotel room before leaping on the walls, onto the ceiling, and back down to the floor. The entire scene is shot with a static camera in one long unbroken take. We know we are not watching a special effect or animation. There are no hidden wires, no clever editing. It was later revealed that the scene was achieved by constructing the room in a rotating reinforced-steel cylinder. By securing the camera to the set’s floor, it created the illusion that Astaire could defy gravity while never leaving the ground, a trick later directors like Stanley Kubrick and Christopher Nolan would steal for themselves. But the scene is so well shot and Astaire’s dancing so carefree and natural that for just a moment in Stanley Donen’s Royal Wedding we believe that love can make us weightless.

Donen had worked for years pushing the boundaries of Hollywood musicals as a choreographer before Royal Wedding, his first solo directorial effort. Frustrated by the early stagnation of Hollywood musicals and their refusal to progress beyond backstage stories about actors and actresses putting on shows, Donen sought to blur the boundaries of reality in movie musicals, creating a distinctly cinematic form of musical that couldn’t be duplicated on a real-life stage. Busby Berkeley may have indulged in extravagant choreography featuring fountains, overhead cameras, and small armies of dancers, but the strictures of the backstage musical still reigned supreme: these impractical performances were almost always contextualized in his films as taking place on (albeit impossibly large) theater stages. But Donen was different. His characters danced and sang on city streets, on wagons traversing the countryside, and in hotel rooms where they performed, not for an audience, but for themselves. 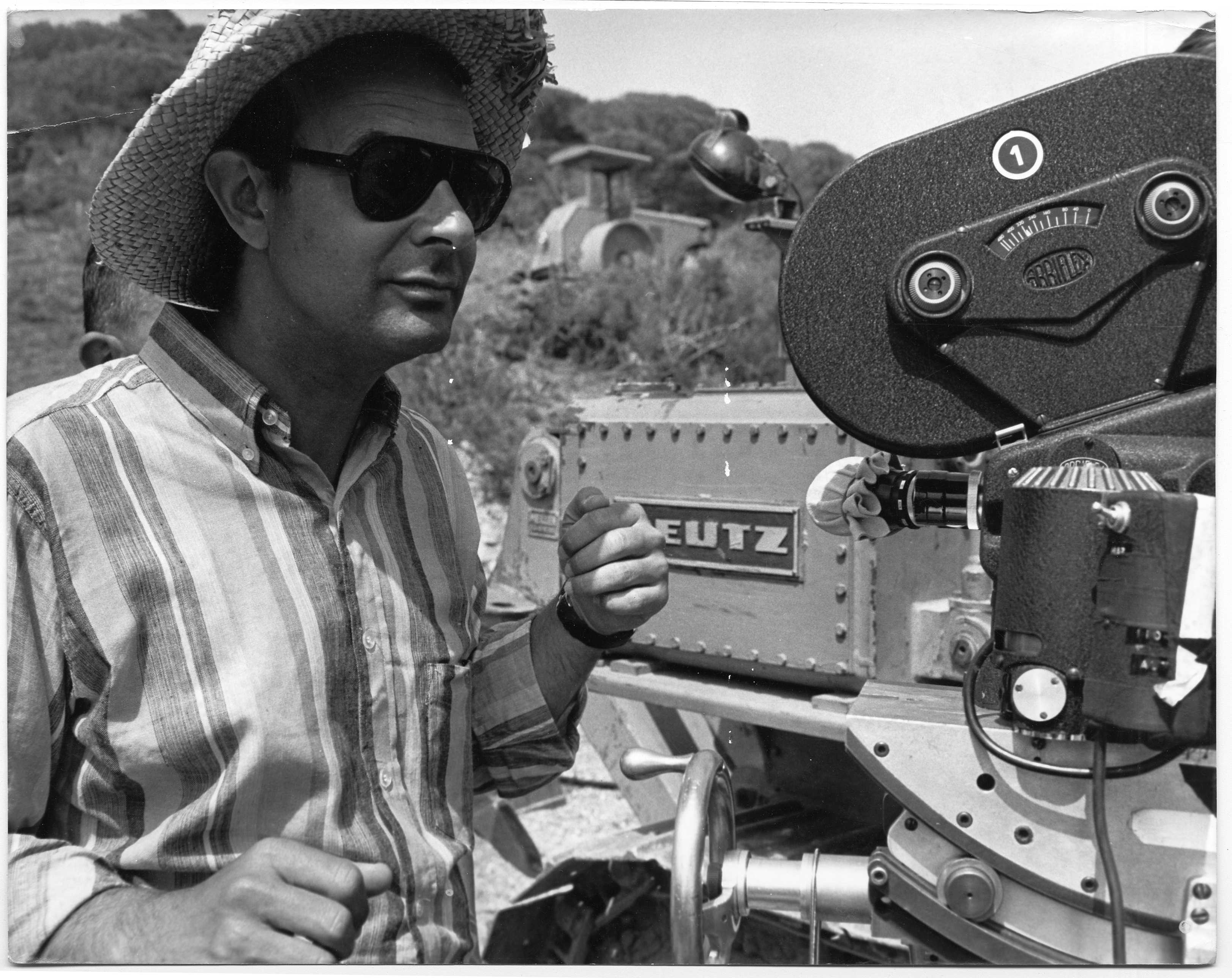 Royal Wedding sees Donen pushing his experiments with blending performance pieces with narratives all while cementing his own directorial voice. But it’s a careful exploration, much like a tentative first step on an icy sidewalk. The musical numbers are almost exclusively presented as actual performances given by Tom and Ellen Bowen (Astaire, Jane Powell), a brother-and-sister dance team who travel abroad to London for a series of shows, fall in love with a dancer and a wealthy aristocrat, and hem and haw about tying the knot. The best of the literal performances featured comes during Tom and Ellen’s cruise to England: during a ballroom waltz, the ship sways back and forth in a storm, spilling the furniture back and forth across the floor as the two struggle to stay on their feet. It’s not an impossible feat to replicate on stage—crafty prop-makers could add hidden wheels to furniture which they could then slide across the stage to replicate the ship’s swaying—but it demonstrates Donen’s willingness to incorporate non-theatrical environments into his musicals, not just accommodate them as window-dressing. 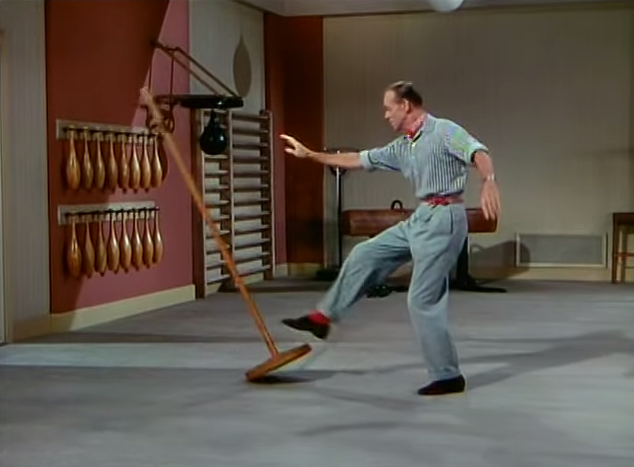 Donen would later perfect the Hollywood musical, creating indelible classics like Singin’ in the Rain (1952), Seven Brides for Seven Brothers (1954), and Funny Face (1957). But while imperfect—the central romances involving Tom and Ellen are tired and unsurprising—it’s remarkable to watch a young genius come into their own. Take one famous scene where Astaire dances with a hatstand in an empty workout room when his sister fails to join him for rehearsal. As he glides over the floor spinning, twisting, and dipping the hatstand like another dancer we realize that we’re watching this man dance not because the story needs it. We’re watching it because in that moment Fred Astaire wanted to dance, needed to dance, solely for himself.

You can stream Royal Wedding through Amazon Prime