Bullet Train is a 1975 Japanese disaster film written and directed by Jun’ya Satô and co-written by Ryûnosuke Ono. At 152 minutes, it’s a bit of a slog, which is strange for a film that’s about a train that will explode if it goes below 80 miles per hour. (Sound familiar?) In an interview included on the Twilight Time special edition Blu-ray, Satô said that he spent a month in a hotel with Ono writing the script. One of them wrote the first half and the other the second and then they combined the two versions. Normally, a script gets trimmed during shooting, but in this case, it seems as though Satô decided to leave everything in. And not just as far as the plot is concerned. The tone of this thing shifts all over the place, as does the directing style and even the music. Still, it’s fun enough. If only it wasn’t so damn long. Hard to keep the tension of a thriller going for much more than 90 minutes or so (this is also a good rule of thumb for horror movies), so keeping proper pacing is virtually impossible at 152 minutes. Be warned.

The movie has a huge ensemble cast, but one name that cult film fans will probably recognize is the legendary martial artist Sonny Chiba. His role is rather limited in Bullet Train, as he plays the train conductor. Sadly, he is not the ass-kicking kind of train conductor. If you want to see some real badass Chiba from this period, be sure to check out the over-the-top and gruesome Street Fighter series. 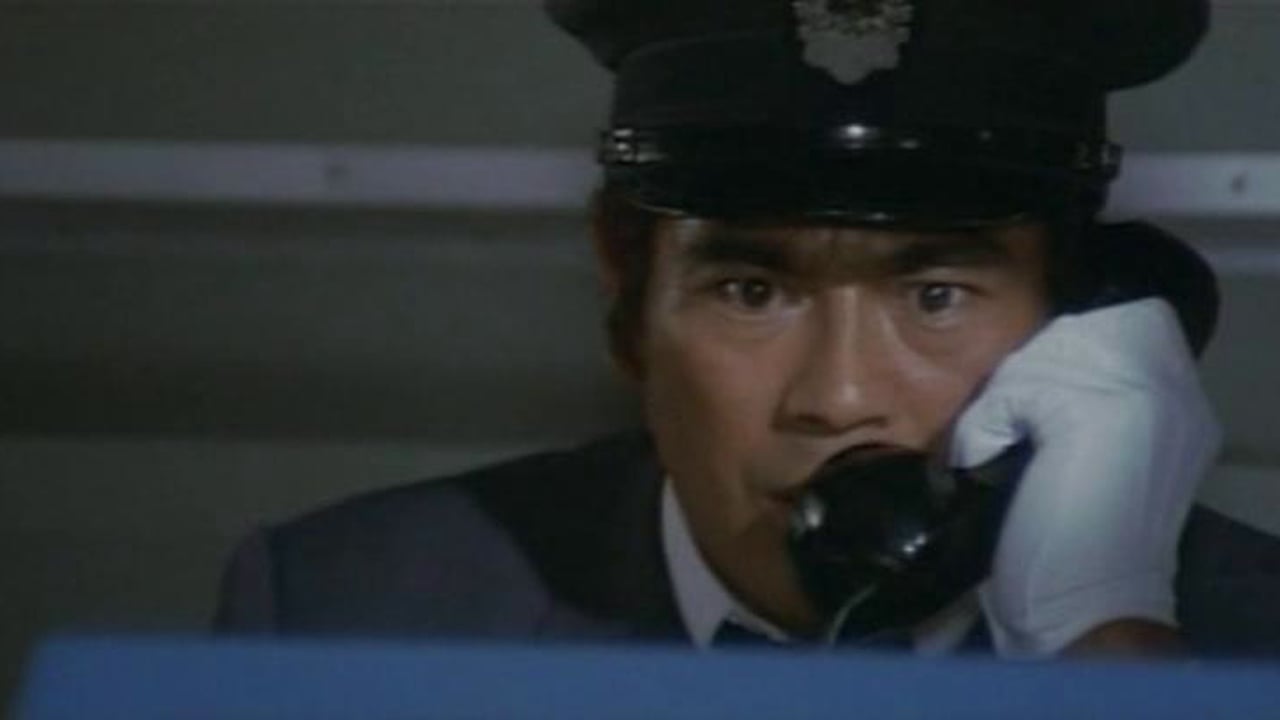 I love trains. Chances are you do, too. There’s so much romance attached to the idea of a trains. Part of me wished this film took place entirely on the bullet train. Sadly, we do not spend much time on the train and the rear projection of scenery onto the windows makes the scenes inside the “moving” train look rather dated and will surely take a modern viewer out of the movie, since it’s pretty obvious the train isn’t actually moving.

The tone and the direction are all over the place. Satô’s camerawork is unobtrusive, objective, until it isn’t and then the camera moves all over the place. Satô especially likes zooming in on people’s faces for reaction shots. Really creates a jumbled, schizophrenic tone. Such stylistic flourishes that seemingly come out of nowhere are another great way to take a viewer out of the movie. If it was all one style or the other it wouldn’t be a problem. As it stands, the effect is jarring.

The goal of Toei Company in producing Bullet Train was to replicate the success of disaster movies like The Towering Inferno and The Poseidon Adventure which were all the rage at the time. It’s clear that Satô wants the film to be as much art house as thriller, and this was really his biggest mistake in the construction of a film that should have had very specific genre limitations. Still, there are times when the tension is ramped up and the movie really feels like the thriller the studio wanted. For instance, anyone at all claustrophobic will cringe as the panicked passengers on the train come just so close to actually rioting. But there’s just too much focus on the criminals behind the attack, a trio of strikingly human characters who are trying to extort money from the government because of a variety of grievances. It’s nice that Satô succeeded in humanizing people who might be simple caricatures in other films of the same genre, but he really spends way too much time on their backstory. At one point, I totally forgot about the train as we meander through the police chase that eventually leads to all of the criminals dying violent deaths at the hands of the authorities.

The movie does lead you to believe at first that the conspirators might be student radicals and that there’s some loftier goals at work than simple blackmail. But it does turn out to be all about the money. A little mystery wouldn’t have hurt. As it stands, though, the story of three dispossessed men who are unemployed and have lost everything, their jobs, their close relationships, their dignity, is, in its way, quite touching. Nobody has been loyal to them, but they are unquestioningly loyal to each other. Somehow the relationship, doomed as it is, between these three men is the heart of this weird disaster flick. Ken Takakura, who plays the main bad guy, brings a stoic, sad quality to the part. We can see the struggle, the internal existential battle in the lines on his face. He’s easy to sympathize with. But, anyway, we all kind of thrill in pretending to be the bad guy, don’t we?

By Kyle Turner When one hears the word “Lynchian”, it isn’t as if “conventional” is the first thing that comes to mind. Thus it is only fitting that if one choses to describe the film Wild at […]