Usually when we refer to neo-Westerns, we mean movies that transplant the themes and iconography of the Western genre into modern day settings. Usually these themes—Manifest Destiny, the struggle between wilderness and civilization, man’s ability to decide his own fate—are then found wanting. Joel and Ethan Coen’s No Country for Old Men (2007) finds the Western’s traditional definitions of “good” and “evil” lacking, suggesting that the white-hat heroes of yore are no match for the amoral chaos of twentieth century modernity. David Mackenzie’s Hell or High Water (2016) updates the Outlaw vs. Lawmen archetype, accusing the very civilization so lauded in the era of John Ford and Anthony Mann as the same one that drives the desperate to crime.

But David Miller’s Lonely Are the Brave (1962) takes a different approach to the neo-Western. Instead, it follows a character who could literally have walked off the set of a Howard Hawks cattle drive picture as he rides into 1960s New Mexico. John W. “Jack” Burns (Kirk Douglas) doesn’t care much for society. He carries no identification, no draft card, and roams as he pleases, pausing in one place only long enough to cut the barbed wire fences castrating the endless prairie. His idea of a hearty meal is six fried eggs and coffee, and his preferred mode of transportation is a skittish horse named Whiskey. He knows how to instigate a bar-fight without throwing a punch, how to break out of a prison, and how to survive a good beating. The only thing he can’t figure is how to escape from the world he’s worked so hard to avoid.

The film utilizes an unusual structure. The first half is a straight drama following Burns as he rides into a small town and reunites with Jerry (Gena Rowlands), the wife of one of his best friends. After learning that her husband Paul (Michael Kane) has been arrested for helping illegal immigrants, Burns decides to break him out of jail. How? By breaking into jail. After a bar-room brawl—featuring a surprisingly well-shot fight between Burns and a one-armed man played by Bill Raisch, who would later gain fame as the One-Armed Man on the TV show The Fugitive—and the strategic assault of an officer, he ends up in the same joint as Paul. The problem: Paul wants to serve out his time peacefully. Disheartened, Burns escapes the jail and makes a run for the Mexican border with Whiskey.

So begins the second half: a cat-and-mouse game between Burns and the local police, led by Sheriff Morey Johnson (Walter Matthau). But curiously, Miller never allows the film to become a trilling chase movie. Instead, he frames it as a battle of will and intellect between Burns and Johnson. The winner is whoever can outsmart the other. Technology and institutional brawn comes up lacking; when the local military sends in a search helicopter, Burns brings it down in one piece by disabling its tail rotor with his rifle. The authorities send in officers on foot, he gets the jump and disables them. Before long Sheriff Morey—laconic, terse, and world-weary in that ‘seen-it-all” manner Matthau perfected later perfected in Joseph Sargent’s The Taking of Pelham One Two Three (1974)— gains a sincere respect for Burns, especially after learning that he’s a highly decorated Korean War hero. The perilous mountain range becomes an existential battlefield, a metaphor for them both: Burns’ beloved untamed wilderness; Sheriff Morey’s implacable, unyielding stubbornness. Both seem to know that the ending is a foregone conclusion. But still they play their parts, Burns escaping towards a doomed future, Sheriff Morey dutifully pursuing.

From the very beginning, Lonely Are the Brave was a passion project for Douglas. After reading Edward Abbey’s novel “The Brave Cowboy,” he forced it into production through Universal, assembling the cast and crew through his own production company. Afterwards, he made no mystery of his love of the film, later declaring it his all-time favorite of his work. And why not? Throughout his career, Douglas gained international renown for playing larger-than-life, tough-guy heroes who raged against fate, society, and their own limitations. These desperate struggles were often met with self-destruction: boxer Midge Kelly dying in the ring in Mark Robson’s Champion (1949); sociopathic reporter Chuck Tatum collapsing after getting fired for inadvertently murdering one of his subjects in Billy Wilder’s Ace in the Hole (1951); Vincent van Gogh committing suicide in despair for never being able to achieve his artistic vision in Vincente Minnelli’s Lust for Life (1956). Other times the societies he fought against destroyed him: the vengeful Detective Jim McLeod getting shot by a perp whose life he ruined in William Wyler’s Detective Story (1951); Colonel Dax being sent back to the front by the World War One military brass he dared to defy in Stanley Kubrick’s Paths of Glory (1957); Spartacus getting crucified for leading a slave rebellion in Kubrick’s Spartacus (1960). For Kirk Douglas, it was never about winning or losing, succeeding or failing. It was the struggle itself that mattered. His characters died as they lived, and they lived as they liked. And there’s nothing more true to the Western genre than that. 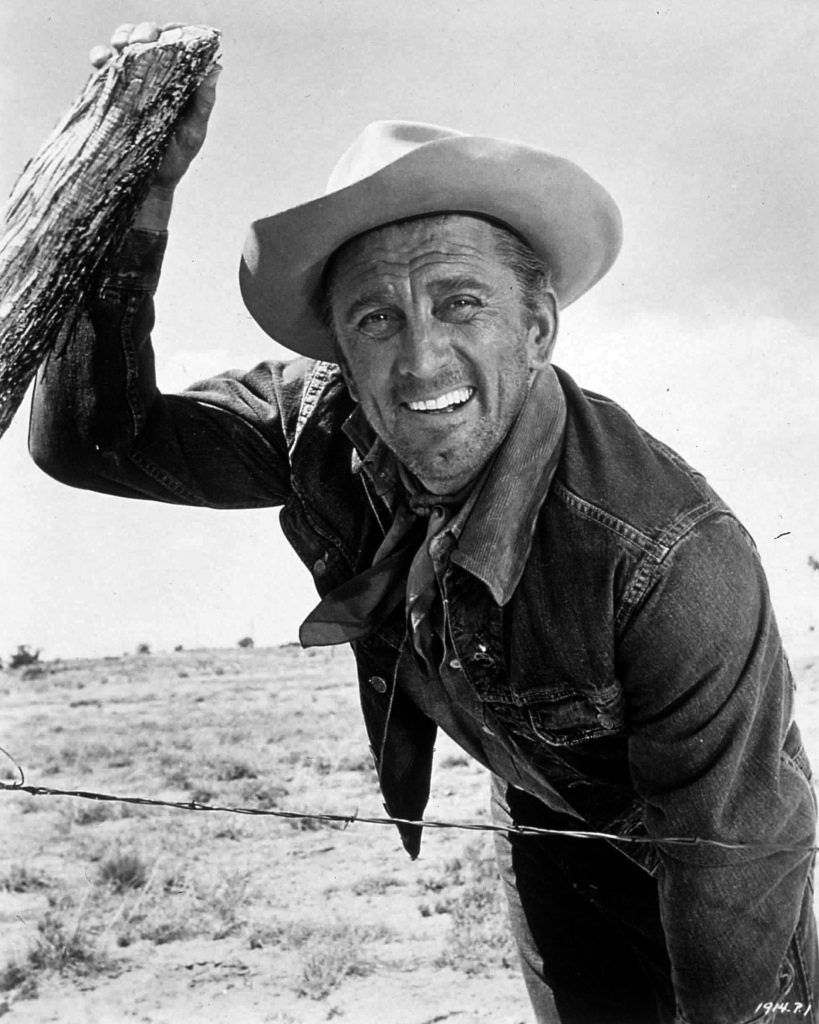 B Roll is a regular feature that digs into the deeper cuts and lesser-known films from legendary directors–the good, the bad, and the awesome. This week, writer Nathanael Hood unearths a curious gem from the great […]