From a man trying to do right, to a man simply doing wrong, Edward G. Robinson has worn the black and white hats of numerous iconic characters spanning all eras. Playing mob bosses and family men, Robinson’s transformation erases any thought that he is acting and seems effortless. But what he does the best is steal every scene and as well as the heart of his leading ladies.

From the Warner Archive Collection comes two new Edward G. Robinson films highlighting the ups and downs of big business. Robinson stars in Unholy Partners (1941) as a man in the business of the news industry. In the film Blackmail (1939), he finds himself in the business of big oil. The real villains aren’t the businesses, but the men behind the money.

Unholy Partners, directed by Mervyn LeRoy, puts Robinson in the newspaper industry. He stars as Bruce Corey, a hometown war hero coming back to change the world of printed news. Extra-Extra, he wants you to pay to read all about it. The catch is, Bruce can’t find the start up money to begin his venture. With nowhere else to turn, Bruce decides to take a literal gamble with mob boss Merrill Lambert (Edward Arnold). Bruce asks Lambert how long it will take to pay back the money Lambert is loaning him, to which Lambert replies, “I always give people the rest of their lives”. 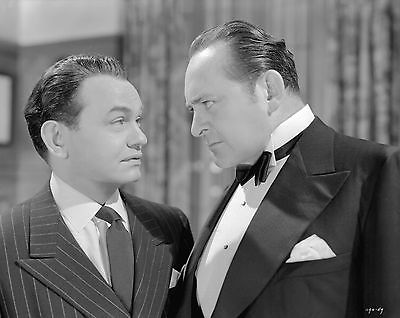 Bruce quickly learns that a shocking or fascinating headline generates more profit. He soon figures out that he can create the news by planting numerous stories, creating the front page before it even happens. Once a war hero, Bruce now starts a war within himself. Bruce’s debt grows, as does his spending and increasingly lavish lifestyle. In the end Bruce Corey writes a headline that is not only shocking but involves his own personal life.

From news to oil, Edward G. Robinson went on to star in the revenge thriller Blackmail, directed by H.C. Potter. Starring as John R. Ingram, Robinson is the everyday family man who runs a business that specializes in putting out oil fires. He decides to get into the business by purchasing his own well. With his family by his side, John hits oil and some bad blood to boot. 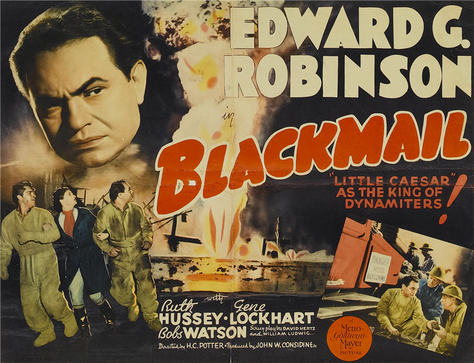 Revenge is served in Blackmail  (literally) as a man from John’s past arrives on his doorstep. Gene Lockhart stars as William Ramey, who comes ready to divulge John’s true identity. Battle rages on as John tries to unchain himself from his past but discovers that only the law can free him from those shackles. In the end, revenge is served hot, like one of the fires that John once fought to extinguish.

Both Blackmail and Unholy Partners are perfect pre-noir thrillers. With iconic lines and impeccable camerawork, both films do justice to the genre in their own crime filled ways. Both are recommend viewing for any fan of Robinson.

Edward G. Robinson is Don Draper-esque in Blackmail and then the iconic mobster in  Unholy Partners. His abilities to play comedic and serious are highlighted in both scripts. One second he can be straight faced, gun in hand, and the next moment be the chummy husband we’ve all met. 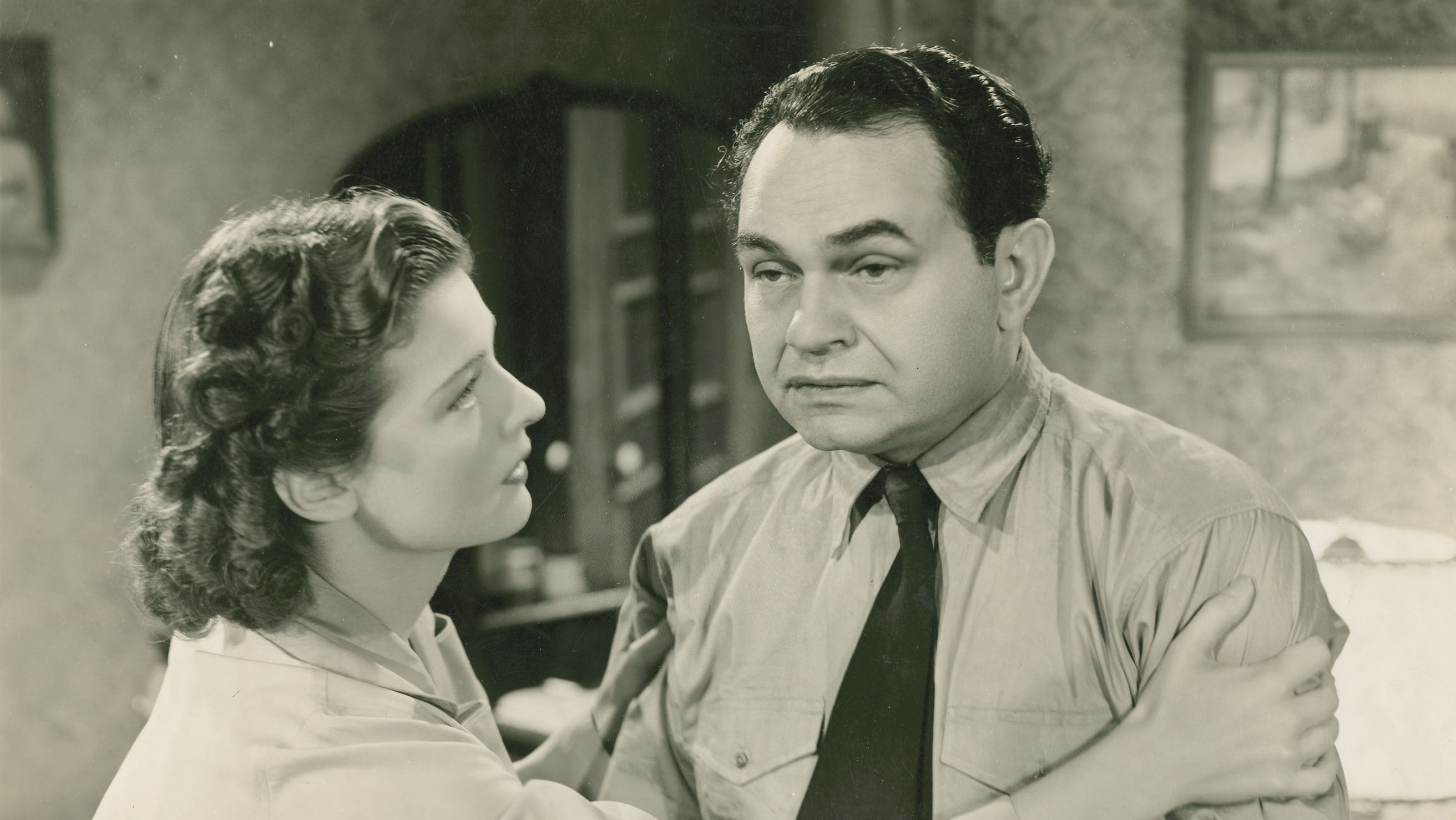 Robinson easily shifted from hero to antihero throughout his career. As color came into the picture, Edward stepped out of the noir lighting and into the sun. He starred as traitorous Dathan in The Ten Commandments, psychotic gangster Johnny Rocco in Key Largo and bowed out in his final performance in the sci-fi telling of Soylent Green.