My last year of high school, I served in the tech crew for the drama club’s production of Into the Woods. My only tasks were to a) pull the trap door lever for the Witch’s grand exit, b) push the button that activated the mechanism which made the Milky White model fall over. Both were located under the stage in an area where nobody could access them mid-performance. So my job was to sit under that stage the whole time. Cumulatively I did about 30 seconds of work per performance. But that suited me fine. During the weekend where we put on the show, I smuggled two books and a lantern beneath the stage and read them both cover-to-cover.

The first was Aldous Huxley’s “Brave New World.” The other was George Orwell’s “1984.” Cramped in my little prison, these two masterpieces of dystopian literature fired my imagination. I’ll save my thoughts of “Brave New World” for another day. However, Twilight Time recently released a Blu-ray transfer of Michael Radford’s superlative adaptation of Orwell’s novel. So for now, my mind lays trapped in Oceania.

What struck me most by Radford’s film was how it captured the look and feel of Oceania—a totalitarian superstate run by a supreme oligarch known as Big Brother—as it appeared in my mind. Bombed out and ruinous, the towering masses of concrete and steel seem so bleak as to be covered in ice. This was accomplished in large part thanks to cinematographer Roger Deakins’ use of bleach bypass processing, a technique which drained much of the color from the film. Radford and Deakins brilliantly juxtapose these vistas of industrial decay with pastoral shots of the verdant English countryside to which the characters escape, first in person, then in their minds.

But much credit must also go to the brilliant casting work. John Hurt was perfect for Winston Smith, the doomed office worker who dreams of freedom and begins an illegal affair with a co-worker named Julia (Suzanna Hamilton, equal parts cold and seductive). Though only 44 at the time of filming, he brings a physical presence to the role that suggests a man of twice that age. 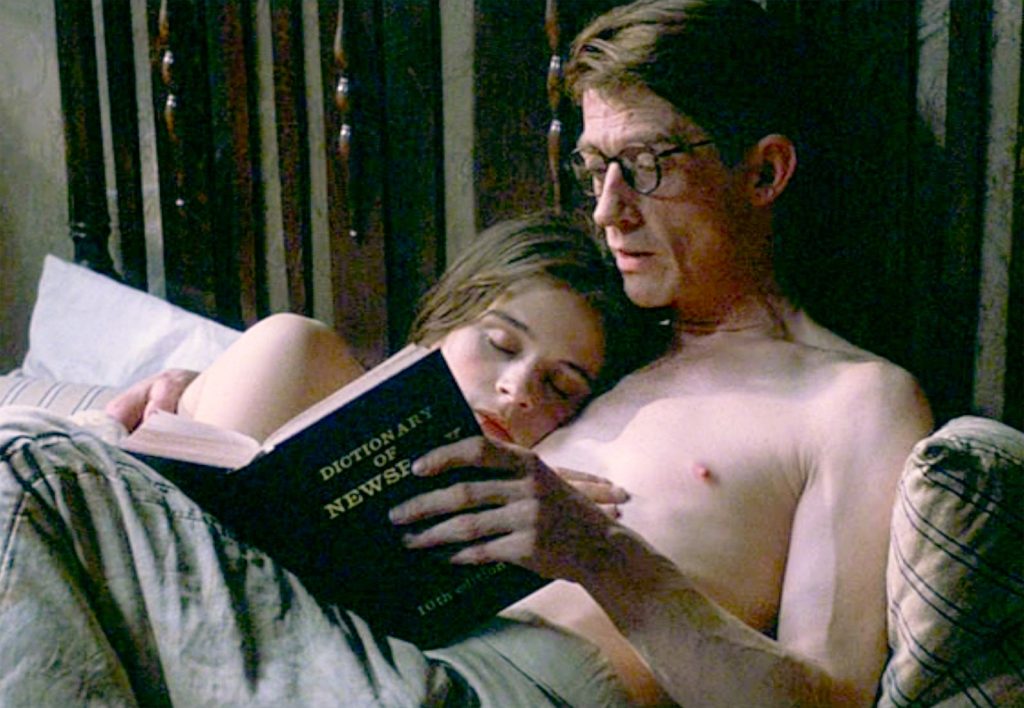 The other masterstroke of casting was Richard Burton as O’Brien, the high-ranking member of Big Brother’s political party who first aids Winston in his rebellion, then destroys him. Burton was never more austere, never more quietly implacable. He moves with the weight of mountains; his every word rumbles with finality and resignation. The film would be Burton’s last—he would finally succumb to the alcoholism that plagued his life, just two months before its release.

I was surprised to learn that upon its original release the producers hired the Eurythmics to compose the score against Radford’s wishes. The Twilight Time release contains both the original Eurythmics soundtrack and Radford’s intended soundtrack, a more traditional classical work by Dominic Muldowney. I watched Muldowney’s version all the way through and a few select clips of the Eurythmics’. I found Muldowney’s vastly superior. The Eurythmics give the film a dreamy, otherworldly atmosphere that completely misses the point of Orwell’s book: that this world could happen.

And in many ways, it already has.

Iguana on a Hot Tin Roof

By CARLEY JOHNSON It’s the heat that makes you crazy. I’m not talking about the dry, arid heat that more or less defines the American West– the kind of heat that, even at 100 degrees, […]

WHO’S AFRAID OF VIRGINIA WOOLF? AT 50

At first, the studio wanted Bette Davis. But no, that wouldn’t have worked; audiences could expect cruelty and hysteria from an actress who had proven herself both bitch and beauty queen. After seeing her sit […]