American International Pictures (aka AIP) was the company most famous for churning out ultra-low budget double features geared to the drive-in set and teen scene, focusing on science fiction, horror, exploitation and Edgar Allan Poe gothic thrillers. They thrived from the late 50s to the late 70s, and were the training ground for Roger Corman and his protégés Jack Nicholson, Francis Ford Coppola, Jonathan Demme and countless others. Today, they are viewed and collected with gleeful exuberance by lovers of cult cinema and kitschy trash, although a handful rise above their modest budgets and quick and dirty production values to offer up something special.

Scream and Scream Again is not one of those.

What it is, though, is a thoroughly entertaining non-stop riotous mish-mash of half-baked sci-fi clichés and pre-Blade Runner replicant schlock that wraps up as confusingly as it begins. It purports to bring together three AIP heavy hitters Vincent Price, Christopher Lee and Peter Cushing, the former who has a glorified supporting role, the latter in a blink or you’ll miss it scene that he probably did on his lunch break while shooting another AIP classic. You’ll be less puzzled by the minimalist inclusion of these horror legends, and more by the preposterous plot, absolutely no protagonist, and three storylines that don’t quite intersect as much as crash headlong into each other.

It all begins with a man, more of an out of shape jogger, collapsing after running through a credit sequence from what would appear to be a heart attack. He wakes up in a hospital bed, seemingly unable to move. A non-speaking nurse comes in and puts a drinking tube in his mouth. Robotic, she leaves the room as he tries to squeak out a question, “Where am I?” He pulls the bedcover off to reveal … he’s had an arm amputated.
Smashcut to a mysterious yet powerfully built man crossing the border into a “generic” Eastern block country. Next, he’s dressed in military garb, reminiscent of an SS Officer, with an elaborate insignia patch on his shoulder, that less resembles a swastika, and more a Tomorrowland E Ticker Ride-like icon. His briefcase filled with “papers” motivates an enigmatic argument with a bureaucrat, that the powerfully built man sends to his grave, with a Vulcan death grip to the shoulder, that, after a loud bone-crunching sound, kills the man. This will happen multiple times. 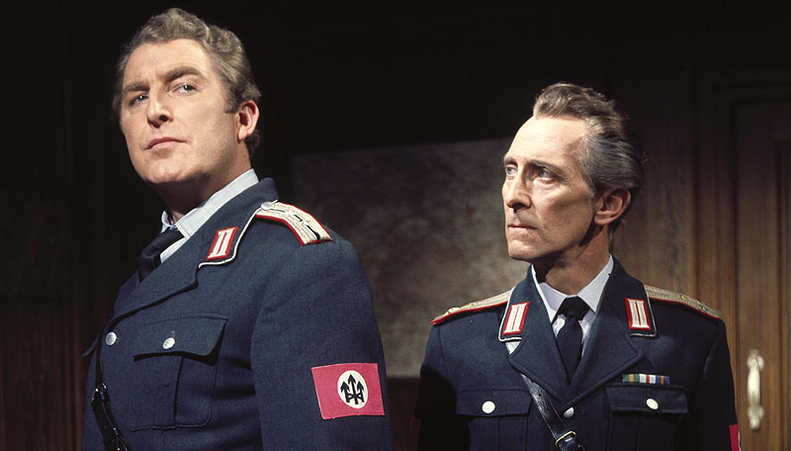 Meanwhile, a woman is found in the weeds by a freeway, raped and murdered, with two puncture wounds in her wrist. After a police investigation, it’s revealed she was a lab assistant to Dr. Browning (Vincent Price) a mild-mannered but eccentric scientist who runs “experiments” out of his acid trip of a house. He is puzzled by her death.

We then cut to a swingin’ nightclub, sorry, “discotheque,” where a no-name band lip syncs some poorly conceived Mysterians’ sound-alikes. A rakishly attractive (for the 60s) gentleman, with no game whatsoever, cajoles a woman vaguey interested in his charms to drive to her house. Mid-drive, he “attacks her,” after she has overtly fondled his stick shift (she was seemingly ready for some “amour,” so why he had to be a beast about it is unclear). They struggle and he strangles her, then assaults her body and drinks her blood.

We’re back in the hospital room, with the missing limbed jogger and a repeat scene with the stoic nurse returning to check on him takes place. He is able to wiggle out of the bedsheets to reveal – egads – another arm is missing! 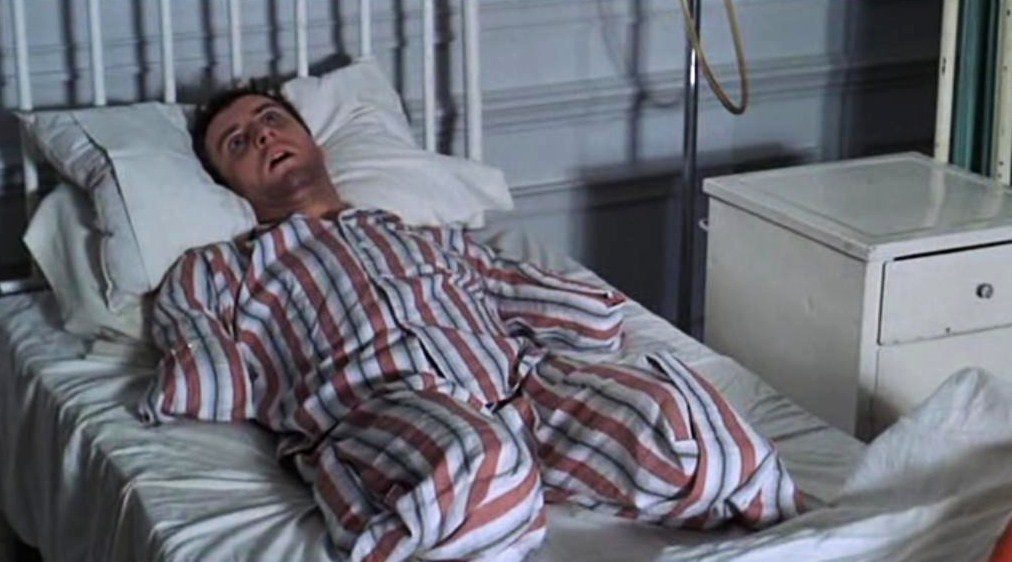 Detective Superintendent Bellaver, a gruff, no-nonsense Scotland Yard “gent” follows all leads to find the madman, and determines the only way to catch him is to drop some bait, Helen Bradford, a police Bobby into the same disco in hopes she will arouse the killer’s interest, and they can catch him before he kills again. What follows is the film’s highlight, an attempted rape and bloodsucking that results in the police chasing, losing the killer, and chasing him again. He won’t stop running, but when backed into a corner, he fights with superhuman strength. He scales the side of a mountain like a life-sized marionette puppet lifted by cables up a set. He finally falls down, and the policeman handcuff him to the bumper of one of their cars. He awakens more irritated, and in order to break free again, rips his hand off so he can leave it hanging from the cuffs like a rubber gag from a late night TV commercial. And still the police chase, this time cornering him in a barn, where he lifts a trap door and jumps into a vat of acid. All gone!

Let’s return to the man in the bed one last time, to discover now his legs are gone! 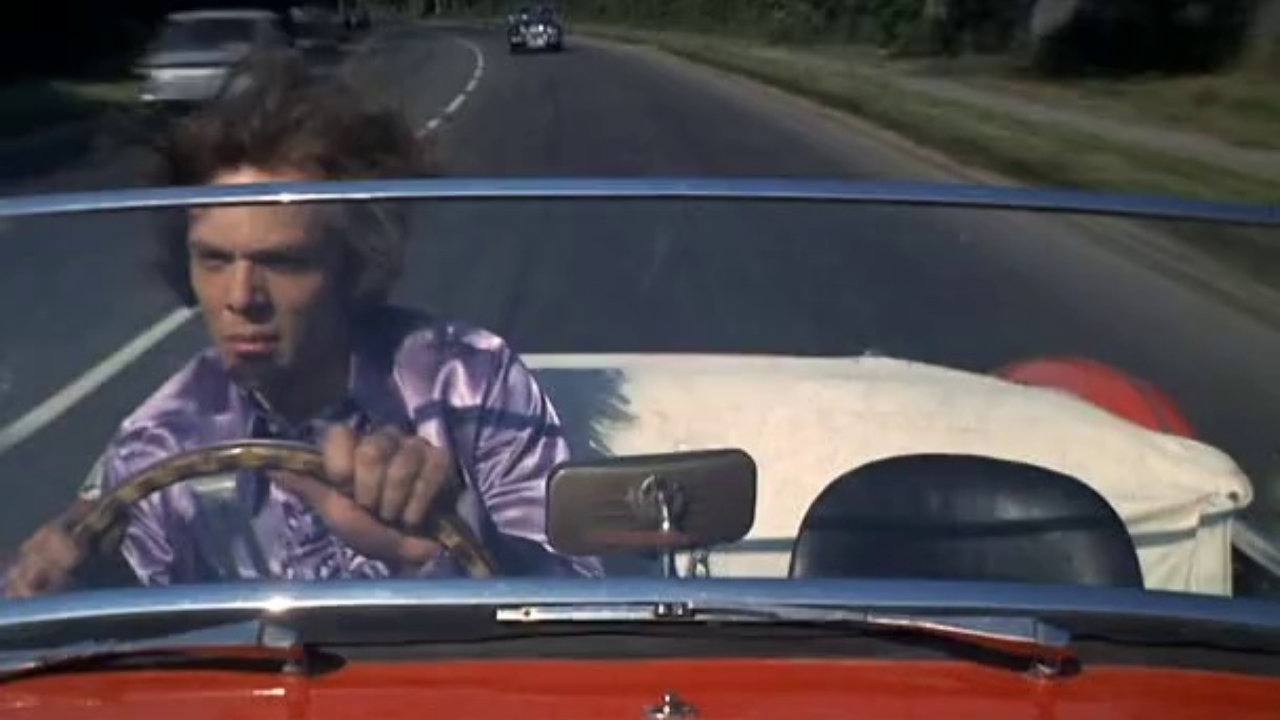 Back to the gruff policeman, and Helen, barely snagged from the clutches of the bionic vampire, with a subplot that reveals Peter, her forensics boyfriend who seems none too upset that his girlfriend is continually used as bait. After their car stalls, Peter goes for help, only to discover Helen’s been kidnapped by Vincent Price (remember he was in this thing?) and he and several of his replicants begin preparations to operate on poor Helen.

Things go from weird to weirder as Peter learns from Price’s monologuing that the mad doctor has been amputating limbs from assorted people, including his bionic man-cum-acid vat demised vampire who has been bringing him dead victims. Then, Price uses the limbs and attaches them to different people? I think? This procedure makes them super-human? And vampiric? I think? During Price’s struggle with the Peter, in pops the virile SS officer who has been vulcaning various powerful bureaucrats, and now decides to kill Price because too many people know about his experiments. Before you can even try to decipher what the hell is going on in this hottest of messes, it’s over. So there.

It’s not just the preposterousness of the plotting that makes this film so devilishly delightful, but also confused actors who slog through scenes with mostly bewildered looks on their faces. And that includes Price who goes from a somewhat subtle “take” on his character at the onset of the proceedings, to a total mugging and gurning hambone, rivaling even his acid trip, googley-eyed performance from The Tingler.

A side note about the soundtrack; it is utter 60s lunacy. Not rock at all, but a strange police TV show hybrid of loungy electronica and a gameshow hornsection that delivers a vaguely familiar sound that will have you twisting and crawling the whole film through.

Twilight Time, generally devoid of extras, has strangely pulled out all the stops for this release with an interview from 60s siren Uta Levka and a talking head documentary about director Gordon Hessler who helmed several British based AIP releases including The Oblong Box, Murders in the Rue Morgue, and was later a prolific TV workhorse.

Not quite science fiction or fantasy, barely horror, Scream and Scream Again is its own unique character, bound to keep you incredulously glued to the screen for its audacity, lunacy and hilarity.