The 2016 TCM Classic Film Festival (or TCMFF) kicked off last night with its official opening film All the President’s Men (1976), along with several other films such as Dark Victory, One Potato Two Potato, and Brief Encounter. By all accounts, the festival appears to have gotten off to a great start, despite a momentary evacuation of the TCL Chinese Multiplex due to a fire alarm. There’s a first time for everything, right? Today is the first full day of the festival, and it promises to be a fun one. Our senior editor Jill Blake is reporting from the festival and she has an action packed weekend ahead of her. Although we will have detailed post-fest coverage next week, we have taken a little bit of time to select a few screenings that we are really looking forward to at this seventh edition of our favorite annual film festival. 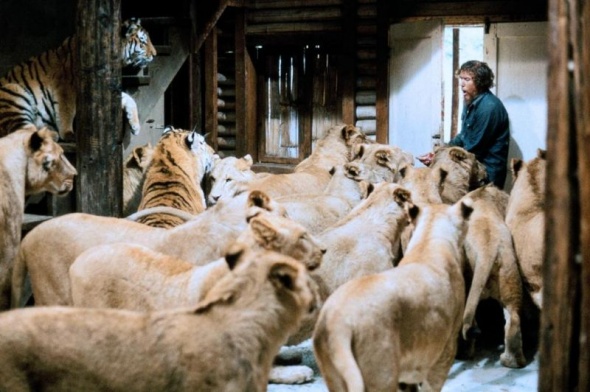 Each year, TCM hosts two midnight screenings on both Friday and Saturday nights. From killer ants attacking a sexy Michael Murphy, to a belligerent Elizabeth Taylor decked out in a crystal chandelier headdress, the midnight screenings at the TCM Classic Film Festival are a way for us crazy cinephiles to convene and enjoy batshit insane cult movies. This year I’m looking forward to one of the craziest films I’ve ever seen: 1981’s Roar, starring former Hitchcock blonde Tippi Hedren, Hedren’s then-husband Noel Marshall, and Melanie Griffith, Hedren’s daughter from a previous marriage.

What is Roar about, you ask? Well, I’m not really sure. Matter of fact, I don’t if anyone could answer that. What I can tell you is that the film’s cast (and off-screen crew) were repeatedly attacked by wild animals (lions, panthers, elephants…)  during the excruciatingly long, troubled production. Fortunately for us, these attacks were caught on camera. Last fall, my husband and I attended a special screening of Roar in Atlanta, hosted by my friends at Contraband Cinema. This is a movie that is so unbelievable and ridiculous and is best seen with a group of people. 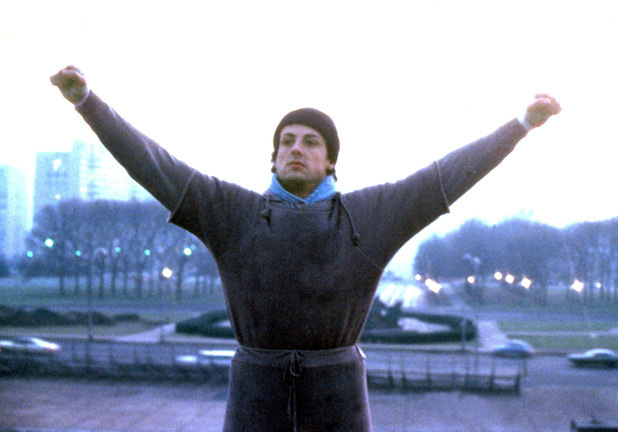 Every year my date for the festival is my best friend, who lives in Los Angeles. He is a pretty big movie fan and has seen many classic films. But just like all of us movie lovers, there are gaps in his “seen” list. The two of us always try to see films that are new to at least one or both of us. These discoveries are often some of the best cinematic experiences. This year, my friend informed me that he’s never seen Rocky. Color me shocked. This ultimate underdog story is one of my favorites (I’ll fight to the death defending Rocky’s Best Picture Academy Award win), and I love introducing it to my friends. It will be a great experience seeing this classic with my bestie at the TCL Chinese Theatre (one of the greatest theatres in the country) with the incredible Talia Shire in attendance. 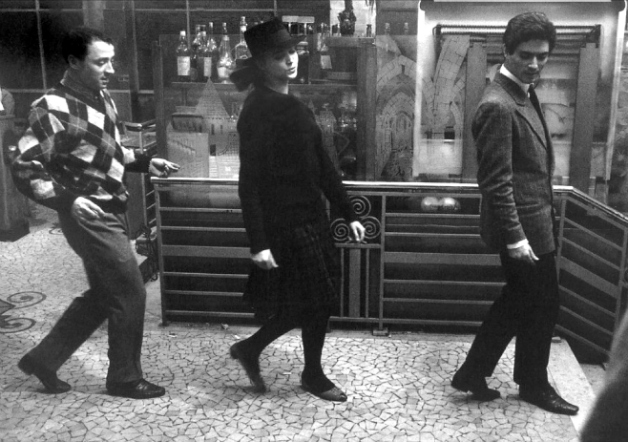 Jean Luc-Godard’s acclaimed 1964 Nouvelle Vague masterpiece following three young rebels has as many fans as detractors. While it was panned in its native country, critics Pauline Kael and Manny Farber extolled its virtues here in the States. No matter. Part homage to Paris, as well as American Noir, the reason this movie rocks me to my core is the power and pure entertainment of its central scene, a one-take dance sequence. When schoolgirl Odile, played by none other than Godard’s then-wife, irresistible Nymphet Ana Anna Karina, with her co-conspirators Franz and Arthur take to the bar room floor and fall naturally into dancing “The Madison,”, the physicalization of their angst, attraction, repression and depression all plays out in one amazing extended take that perfectly melds a firm grasp of storytelling, choreography and acting commitment rarely ever captured before or again. One of the greatest cinematic moments in film history. I can only imagine seeing this in a packed house of movie romantics, where Anna Karina herself will be in attendance! Bucketlist moment. 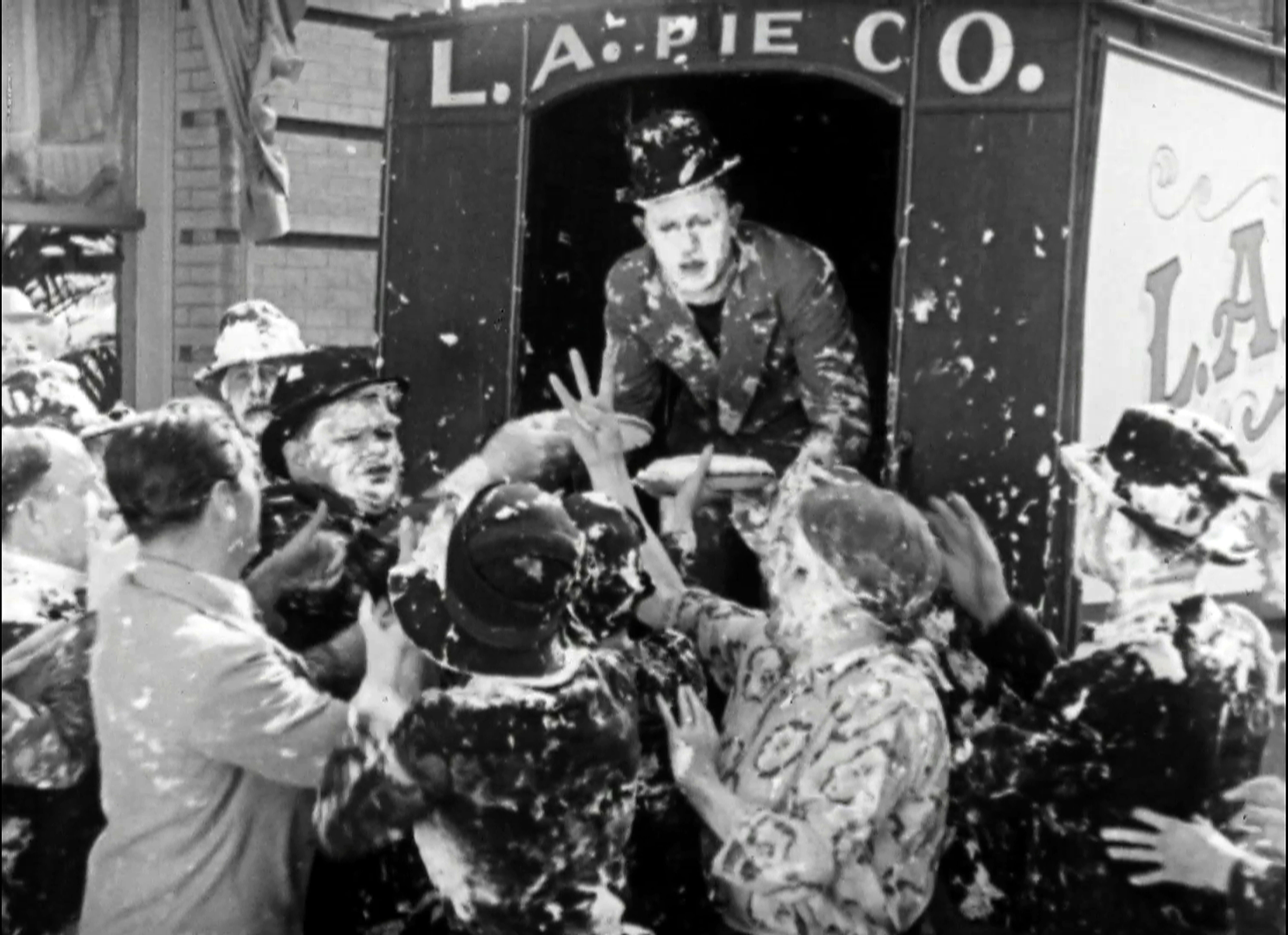 I predict this program is one of those little gems that will become the “do you remember when we saw…” at future TCM fests, and one of the top 10 “talked about” screenings this year . If you haven’t already planned to see this, then dammit – you better put it near the top of your list. For anyone who loves silent movies, (and why isn’t that every single stinking one of you?) the chance to see any Charlie Chaplin or Buster Keaton with a live audience will always be cause for celebration, Keaton’s The Blacksmith (1922) and Charlie Chaplin’s The Bank (1915) are not often screened. But the real draw is one of the first screenings of the complete Battle of the Century (1927) Laurel & Hardy’s fabled end-all, be-all of pie fights. Only existing in partial prints until just last year – this promises to be a major laugh-riot fest. Archivist and presenter Serge Bromberg has other little surprises planned, so don’t say you weren’t warned! 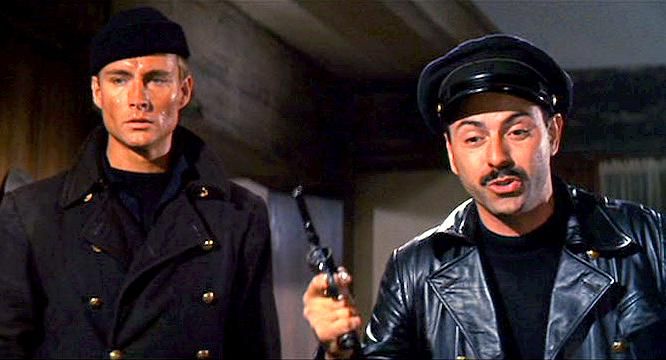 In the past when I’ve attended the Fest, I’ve tended to go for the smaller screenings with less fanfare, and The Russians Are Coming! The Russians Are Coming! fits the bill nicely. Norman Jewison’s “somewhat” screwball farce following a Russian submarine getting caught on a sandbar off a small New England island is a perfect little time-capsule of America during the Cold War that offered a surprisingly sympathetic “take” on the common Russian, no longer reducing ”him” down to clichés. While the political “take” is refreshing, the writing and performances are pure fun and zaniness. While Carl Reiner gets to show off his flair as a leading man, the picture belongs to Alan Arkin in his feature film debut as a well-intentioned Russian Officer learning as much about the Americans as they are from him. He was one of the most exciting and offbeat faces of the 60s and 70s and you can see why. Add in the add-libbing genius of Jonathan Winters and old guard comedians like Ben Blue, and you have the ingredients of comedy gold, as The Russians Are Coming! feels like it’s part of the same universe as one of the arguably greatest comedies of all time, It’s a Mad Mad Mad Mad World! Co-star Eva Marie Saint will be live in person, and as an old friend of TCM, she knows how to deliver anecdotes about a film that’s always deserved more attention.