“To dinosaurs,” the two old friends toast in the Vienna hotel. On the nearby table a record player pipes the sound of a Soviet anthem. They should be mortal enemies: the one a CIA hitman and the other a Soviet agent. But the night progresses and they get more and more drunk, more and more reminiscent of the past, more and more resigned towards the future.

“Have you noticed, Cross, that we are being replaced by young men with bright, stupid faces, a sense of fashion, and a dedication to nothing more than efficiency,” Zharkov (Paul Scofield) muses.

The American frowns. He knows this better than anyone. For the only reason he sits in this Austrian safe-house instead of in the States with his wife is because his own government has ordered his assassination. What’s worse, the triggerman is a French agent codenamed Scorpio (Alain Delon)—his one-time student. Armed with everything his mentor Cross (Burt Lancaster) has taught him, Scorpio plots, seeks, and waits. He is of a new generation of agent; a generation of hungry young men who replace ideals with ambition. Cross must die. But only if he can find Cross before Cross finds him. 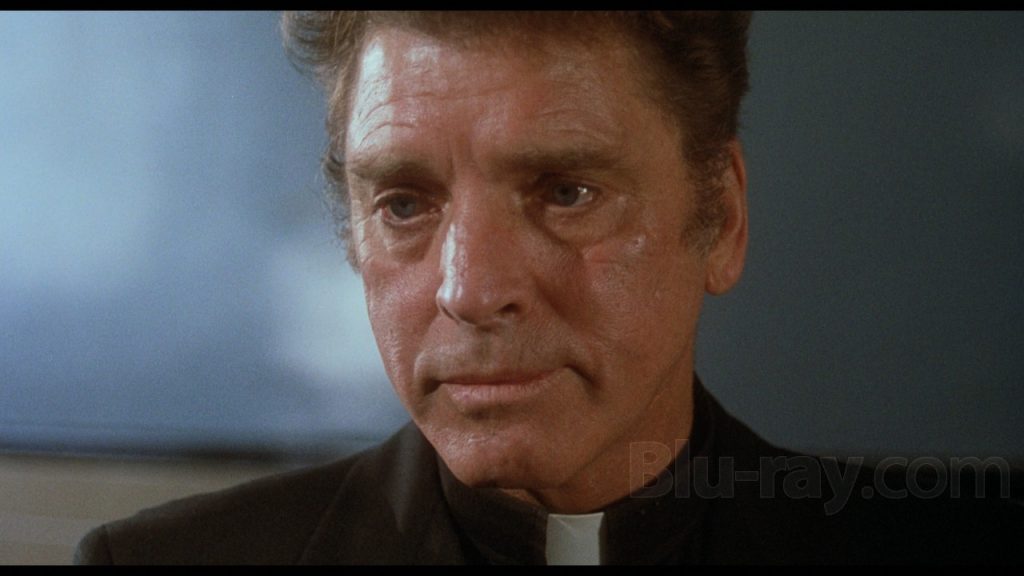 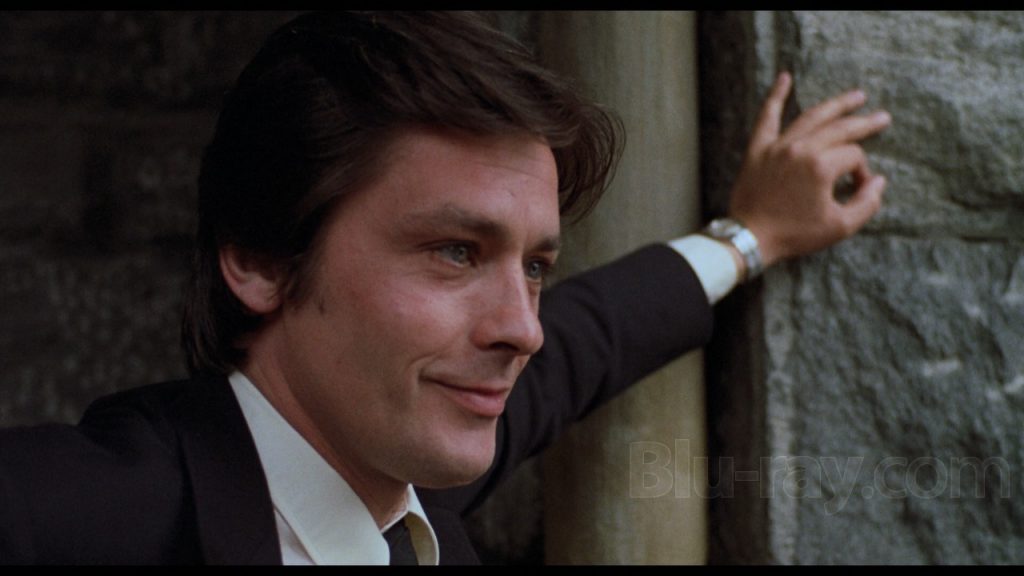 It’s easy to lose oneself to the metatextual implications of Michael Winner’s chilly espionage thriller Scorpio (1973), a film where noble, principled agents played by aging, old-style actors are hunted down by amoral, opportunistic agents played by a newer generation of performer. The nihilistic tone, cynicism towards governmental authority, and nostalgia for a lost age of honor are perfect products of the early ’70s atmosphere in which it was made—according to Julie Kirgo in her essay on the film for its recent Twilight Time Blu-ray release, Winner was actually staying at the Watergate Hotel during the June 1972 burglary of the Democratic campaign offices!

The film is at its best when it drops its focus from action beats, superb though they may be, and redirects itself towards quieter moments of clandestine favors and conversations between old contacts: of Zharkov and Cross drinking together and discussing the merits of Communism; of Zharkov’s heart-felt talk with an Austrian contact whom he rescued decades ago from a Nazi concentration camp; of Cross and Scorpio confronting each other first in a midnight botanical gardens and then in a shadowy parking garage. There’s a gleeful fascination with the machinations of espionage itself, the low-tech methods of old-school agents—esoteric phone calls to “wrong numbers,” simple yet effective disguises, games of international airport hopscotch—and the high-tech, cumbersome, and impersonal equipment utilized by the CIA. 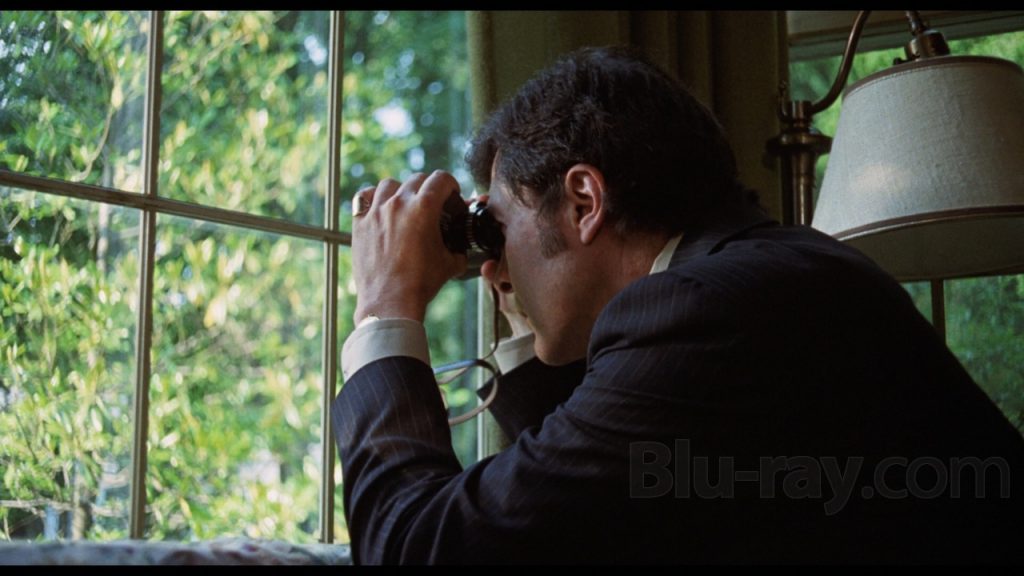 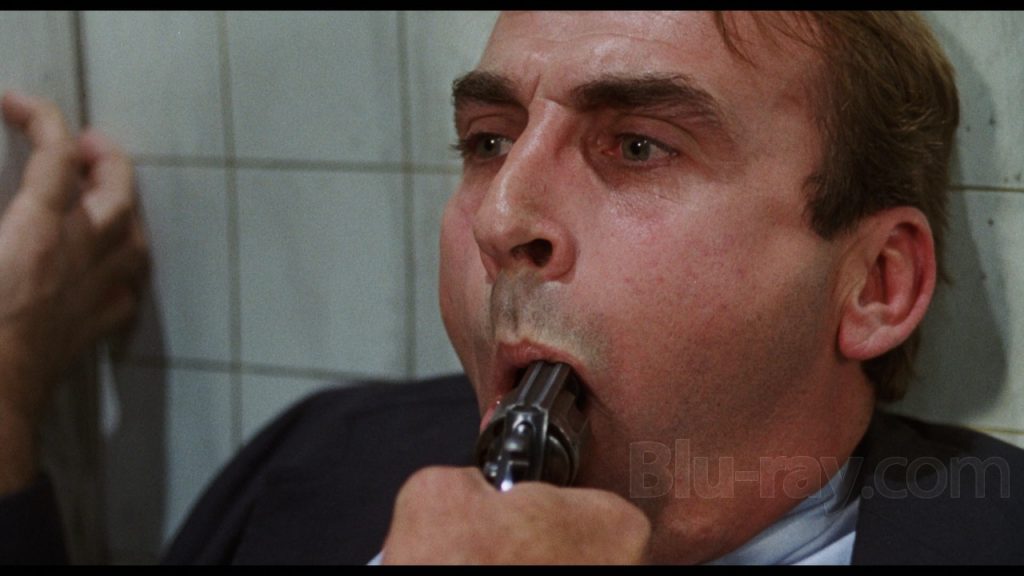 Though Delon, who had notably played a very different breed of assassin in Jean-Pierre Melville’s Le Samouraï (1967), dominates his scenes as a poised and enigmatic cypher, the film belongs first and foremost to the elder actors. Lancaster and Scofield both give respectful performances which become the fulcrum of the film’s emotional center. Both know they are an endangered species. What’s worse, they both know there is no way to stop themselves from going extinct. Winner’s superb direction and the screenplay by David W. Rintels and Gerald Wilson keep the film from vanishing into a morass of plot holes, surprise twists, and confusing narrative developments.

The film is built like the muscle cars used in an early chase scene: lean, powerful, and better with age.

Scorpio is available on Blu-ray from Twilight Time. Features include an iolated score, the original theatrical trailer, and audio commentary with film historians Lem Dobbs, Julie Kirgo, and Nick Redman.

Meaghan Clohessy In 2013, director James DeMonaco introduced audiences to The Purge– a story where, for one night each year, citizens murder each other without reprimand. This parallel future added fresh angles for fears of home invasion, […]