Karen Carpenter’s tragic struggle with anorexia nervosa is the subject of this memorable made-for-TV movie from director Joseph Sargent.

O, Made for TV movies, how I adore you. You were there every week, come rain or shine, and I was your obedient servant. Cross-legged in pale pink and blue pajamas with a bowl of popcorn. You advertised yourself as a major motion picture “event”; as a reason for families to gather and wait, baited and breathless, for your bag of cinematic tricks. Sometimes you over-promised, but when you delivered? Joy. Rapture. You were an integral element of 1980s family life and you remain one of the biggest reasons that I count myself blessed to have grown up in that last, final, never-to-be-repeated age of analog. Because in the age of instant streaming (of which I am also a willing slave) you are something that people who never knew you will never be able to quite understand your glory.

And that is why I am happy to seize this opportunity to sing your praises, O analog deity of yesterday. And this is also why I am nerding out so shamelessly hardcore over you because today marks the anniversary of the death of an artist whom, not only did I grow up loving, but was the subject of a made for TV movie that I decided to re-visit on this, the anniversary of her death: THE KAREN CARPENTER STORY. 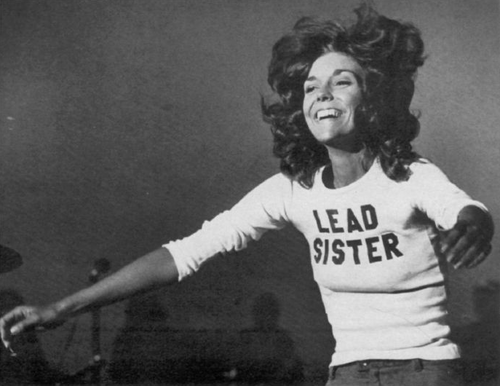 Karen Carpenter was, of course, ½ of the phenomenally successful Carpenters—one of the highest grossing acts of the 1970s. My mother and father—just like every other couple circa 1973—were married to one of their ballads.  (“Close to You”, not “We’ve Only Just Begun”) and so their mellow, spot-on-harmonies were a part of my childhood. Judge their musical prowess as you will, but from this highly biased painfully nostalgic prude: their sound was magic. And so I remember my whole family watching THE KAREN CARPENTER STORY (one of countless The Insert Famous Name Story that flooded original programming) on a Sunday evening and loving it—for the music. But. At the age of 34, watching it again was quite a different experience.

Directed by legendary TV director Joseph Sargent, THE KAREN CARPENTER STORY is just what it says: the journey of a young girl named Karen and her brother Richard from the boring middle class suburbs  to the top of the music universe. It sounds like something out of the page of an old Judy Garland/Mickey Rooney musical. Average working class kids make it big based purely on the merit of their talent. But the truth is, it’s much darker. Because this movie focuses on the demons of success. And in Karen’s case, those demons cost her her life—dying from anorexia nervosa at the age of 32.

Just think about that.

Opening with standard movie of the week biopic style (i.e., the present).

Opening with the dramatic image of a lifeless Karen (Cynthia Gibb) being rushed to the hospital. Her 13-year-old, in roller skates, glides along with the speeding gurney. (In fact, this scene was filmed in the same hospital, used the same paramedics and ambulance that tended to Karen.)  It’s an apparition of course, and an eerie vehicle to transport us from a hospital in Downey, California, to a suburban street in … Downey, California … where the family had moved in the early 1960s.

Big brother Richard is the talented golden child, whom his parents have thrown their support behind, expecting him to have a grand career as a musician. Little Karen expects it too, and nudges herself in where she can: singing background vocals at talent contests, etc. (At a full octave higher than her familiar pitch, so those famous velvet vocals still lay untapped.) But when she coaxes a fellow student band member into letting her play the drums during practice, she finds her direction: she wants to be the first famous female drummer. The brother and sister develop a sophisticated jazz sound and win the Hollywood Battle of the Bands contest in 1966. But sophisticated jazz didn’t sell in 1966 and in order to get a deal with a local, small-run label, they improvise mainstream, top 40 material. Richard instructs his sister to try the material in a lower key, A, and the result is that warm, smooth, buttery, hypnotically beautiful voice that would make Karen Carpenter a legend.

It sounds like something out of the page of an old Judy Garland/Mickey Rooney musical. Average working class kids make it big based purely on the merit of their talent.

Both Richard and Karen are high performing perfectionists, but Karen is the one who, having grown up in her big brother’s shadow (the mother’s favorite) internalizes her constant feelings of inadequacy. Even when the dup reach number one in the charts and fame and fortune come hurtling at them from all sides, Karen is still obsessed by the one thing she can’t control: having her mother’s love. The Carpenter family dynamic is an extremely controlling one–and you can guess, that Karen’s inability to control her family life and dynamic turned in on itself in the form of an eating disorder.  Starting early in their career when a music critic referred to her as Richards “chubby little sister,” Karen fixated on the one thing in her life she could control: her weight.

This is where the movie, although highly watchable even after 20 some years– especially for its terrific evocation of time and place, and of course, the flawless soundtrack– falters.  We see her abusing laxatives, refusing to eat, making excuses to get out of eating, denying to her friends and family that she has a problem even as she collapses on stage from malnourishment. But the root cause of her illness– her extremely complex relationship with a mother that not only ruled the house, but ruled her children’s lives– is severely glossed over. 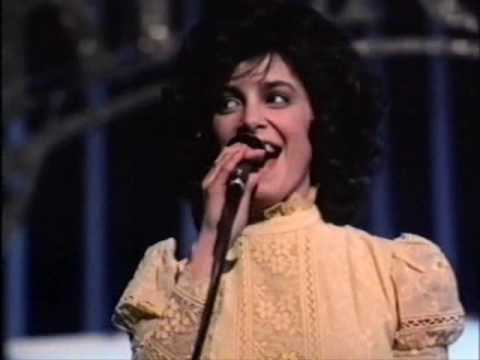 The powerful Louise Fletcher plays Agnes Carpenter,and her talents as an actress are perfectly suited here: a loving, but somehow menacing, mother figure. I only wish that Barry Morrow’s script had been better tailored to Fletcher’s talents, and that the Mother-Daughter dynamic– which triggered Karen’t sickness– would have been more thoroughly explored. Only at the end, when Karen is wasting away and finally checks herself into a clinic, do we see the kind of family confrontation that had obviously been plaguing this poor girl her entire life. But it does show that Karen’s move from behind the drums– where she was comfortable and happy– to a front-and-center superstar had a lot to do with worsening Karen’s illness.

In spite of these faults, the movie itself really does hold up, resulting in an absorbing watch with a subtle, but undeniable, emotional punch.In this writer’s opinion, is absolutely one of the better made for tv movies to have come from the 1980s/90s. THE KAREN CARPENTER is a loving, tender tribute to a musician who, at just 32 years of age, had really only just begun.

The Karen Carpenter Story is currently available to watch on YouTube.