There are some people who believe that Danny Kaye is an acquired taste.

I am not one of those people.

He wasn’t an acquired taste to the countless millions who made him a top box office draw during the 1940s and ’50s, and he certainly wasn’t an acquired taste to the millions who tuned in each week to watch his variety program in the 1960s, The Danny Kaye Show. And he wasn’t an acquired taste to me. As an eleven-year-old, I was left in fits of laughter by the movies that are his crowning achievements: The Court Jester. The Secret Life of Walter Mitty. Wonder Man, and White Christmas. Rubber faced, nimble, and gracefully goofy, he was both an everyday Joe and yet, somehow, not quite human.  His performances on screen are dizzying, because there was simply so much that Kaye could do—and do well. Sing, dance, act, scat—you name it.

And, like a number of his fellow all-around entertainers of mid-century Hollywood, those talents seemed tailor-made for the emerging genre of variety television. Kaye had been a fixture for some 20 years by the time television came courting in the early ’60s. He was in no particular hurry to throw his hat into the ring, saying “Television will be here for a long time. I’m in no hurry. When the time is right for me, I’ll go into it.” 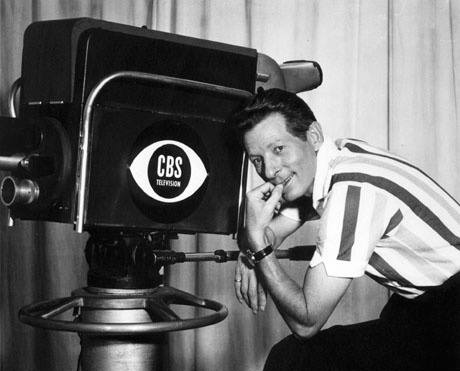 Finally, in 1963, Kaye joined the ranks of Red Skelton, Sid Caesar, Jackie Gleason, and Judy Garland with his own hour-long variety show for CBS. As with most variety shows of the era, The Danny Kaye Show was a wholesome hodgepodge of inventive sketches, musical numbers, special guests, and situation comedy.  I think it’s fair to say that, perhaps more than any other television genre, variety is the most unique, because it speaks to the values of the nation and appeals to its sense of community. That’s why watching The Danny Kaye Show provides such a special glimpse into the mindset of the mid-60s American zeitgeist; as you watch the episodes, it’s impossible not to imagine a typical family circa 1965, kids sitting on the floor in front of the TV while mother and father watch from the sofa, eagerly awaiting what Kaye has up his sleeve next. And with Kaye’s enormous creative range, the possibilities are fairly endless.

And it’s never looked better. Currently enjoying a new release from MVD Visual, Danny Kaye: Legends – The Best of the Danny Kaye Show culls together six classic episodes that feature Kaye at his best with some of the most exciting guests to have appeared on his CBS stage during its Emmy award-winning four year run. Executive produced by Kaye’s daughter Dena Kaye, the 2 disc set features luminaries such as Louis Armstrong, Lucille Ball, Tony Bennett, Liberace, and Shirley Jones—to name the few.

And while Kaye’s name was the banner, variety TV is a highly collaborative medium. During TV’s golden age, especially, the creative minds behind the scenes were a veritable hotbed of soaring talent. The Danny Kaye Show was no exception.  Legendary variety veteran, the late great Tony Charmoli, created dance sequences that were very much in keeping with Kaye’s sensibilities—whimsical, yet undeniably polished. An ambitious young writer, who happened to be none other than Paul Mazursky, headed up the writer’s table—creating inventive, clever situation comedies that were often a hard sell to the notorious perfectionist Kaye. The writers often had to “bludgeon” him into liking the material—his intense skepticism being the result of performance anxiety, as he once explained to his producer, “You might be right about what you’ve got written here, but remember, I’M the one who has to stand up in front of 30 million people and do this.”

And although there is a definite virtuosic quality to the show, he was far from alone. The show boasted a solid repertory company including Imogene Coca, Gwen Verdon, Joyce Van Patten, and a pre-Carol Burnett Harvey Korman.  His guest stars, too, made for a solid supporting cast, throwing themselves 100% into the sketches, no matter their impossible nature. And when the sketches start to sink—an ever present threat in live TV– the results are often magic. (Think of it as a family-friendly, early prototype of the “Not Ready for Prime Time Players.”) Kaye often breaks the fourth wall in the middle of his sketches, to bring the audience right into the moment with him, and as an added treat, often takes them behind-the-scenes to show exactly what it looks like to put on a sketch:

DannyKaye_1 from The Retro Set on Vimeo.

But without doubt, the show is at its strongest when bandleader Paul Weston strikes up his orchestra. Kaye was a gifted singer and dancer, and a huge music lover, and he is quite happy to share screen time with his musical guests: whether it’s dancing with Gene Kelly or Liza Minnelli, or scatting with Louis Armstrong:

The show is far from steady (yet another risk of live variety) and a number of the sketches suffer from age. And while Kaye was great at improvisation in song, he wasn’t exactly an improv comedian. But when Kaye is on it, he is ON it, and when his guests are on it with him, it’s a joy to behold. (Plus, you get to watch a young Tony Bennett perform “Autumn Leaves,” which in itself is worth the purchase price.)

Danny Kaye Legends is sure to entertain even those casually interested in ’60s television, and a guaranteed hit for those looking for a walk down the more forgotten corners of memory lane.

The Best of The Danny Kaye Show is available from MVD Visual for $24.95. For more information please visit Danny Kaye.com.

DannyKaye_2 from The Retro Set on Vimeo.

It’s Jazz Week here at The Retro Set! Put your glad rags on while we cut a rug, because from August 3rd through August 8th the Retro Set is diggin’ the swingin’ beat of some of the greatest […]

By Wade Sheeler The Warner Archive Collection recently released two box sets of Danny Kaye’s greatest films. During the 1940s, Kaye had an uninterrupted string of critically and financially successful films, four of which are […]