“Genius – is to make a critic change his mind.”

It’s perhaps fitting that the first shot of Ingmar Bergman’s All These Women consists of a single static take of the inside of an opulent funeral parlor draped in harsh blacks, whites, and grays. One by one a procession of weeping women dressed in mourning file by and wail at the corpse of Felix, virtuoso cellist and serial paramour. As Bergman’s first color film, the sequence seems deliberately self-reflexive of his past work in both B&W cinema and the theater. Perhaps that’s the film’s first joke: if so, it’s one of the only ones that truly work. 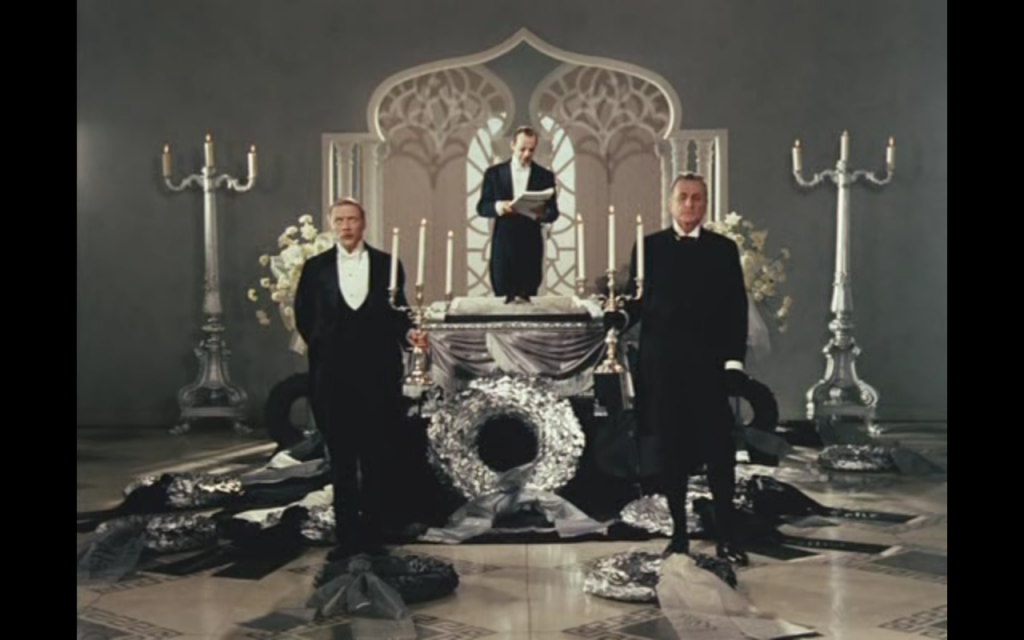 Yes, All These Women can be counted among the great Scandinavian master’s comedies—a fact that seems all the more bizarre considering that it was his first cinematic endeavor after completing his punishingly bleak, existentially nihilistic, and critically acclaimed Faith Trilogy (Through a Glass Darkly [1961], Winter Light [1963], and The Silence [1963]). Viewed as a confusing curio by many critics and historians, most have written the film off as a strange footnote separating his soul-searching cinema of the late ’50s and early ’60s and the hyper-modernistic exercises in form and narrative that constituted the rest of his decade’s oeuvre (most notably in the art-house cause célèbre Persona [1966]).

Yet the truth is in between: while perhaps failing as a comedy, the film nevertheless functions as an unexpectedly satisfying coda to the aforementioned Faith Trilogy. 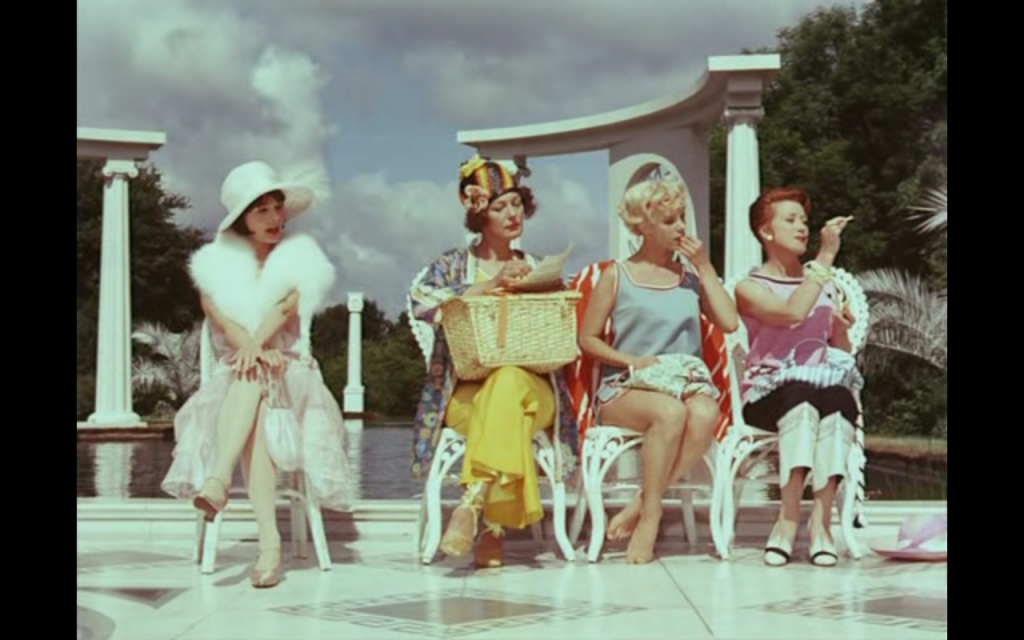 In a plot largely inspired by Federico Fellini’s 8½ (1963)—in particular the infamous harem sequence—the film follows foppish music critic Cornelius (Jarl Kulle) during a visit to Felix’s estate in order to gather material and interviews for an upcoming biography of the treasured musician. Repeatedly thwarted in his attempts to interview Felix, Cornelius runs amok of his de facto harem comprised of frustrated yet amorously devoted lovers: the ever-helpful and ever-submissive chambermaid Isolde (Harriet Andersson); his nymphomaniac cousin Cecilia (Mona Malm); his resigned, vengeful wife Adelaide (Eva Dahlbeck); and many others. The women seem custom-picked to fulfill any emotional or physical need imaginable. 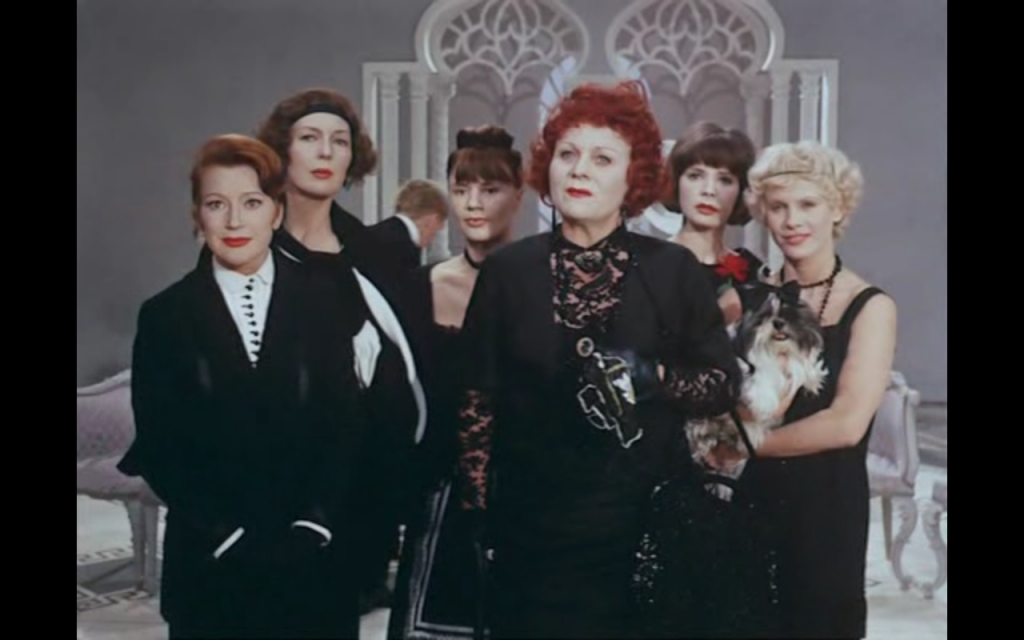 Predictably, shenanigans ensue. But instead of being informed by farcical European chamber dramas, the primary influence for the film’s comedy can be found in Hollywood musicals and silent comedies. Periodically interrupted by sepia-toned tangos, madcap firework displays, rousing jazz renditions of “Yes! We Have No Bananas, and cringe-worthy physical comedy—one bit where Cornelius awkwardly tries to restore a knocked-down sculpture bust almost made me stop watching the film in embarrassment—the film’s stylistic unity comes from its own enthusiastic disunity. 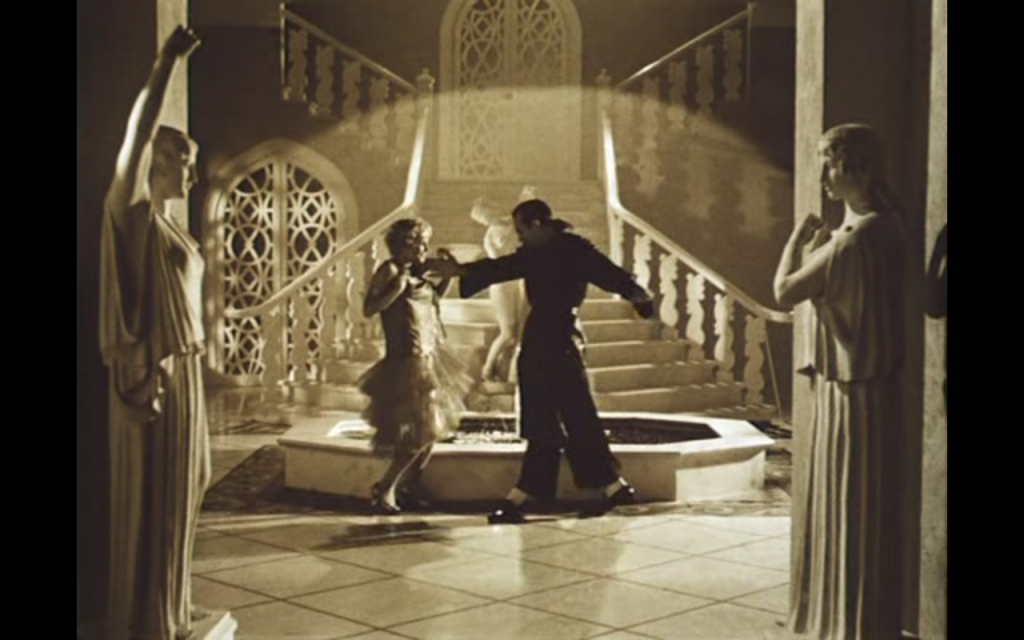 The last fifteen minutes see Bergman drop the incessant insanity in favor of a more traditionally maudlin conclusion. Fed up, Cornelius threatens to assassinate Felix’s legacy and character in his biography if he doesn’t perform an original piece he composed for an upcoming radio broadcast. In a Bresson-esque flourish, Bergman only shoots Felix’s right hand during the fateful performance. Slowly, ever so slowly, he drops his bow after the first few bars and collapses to the floor, dead. 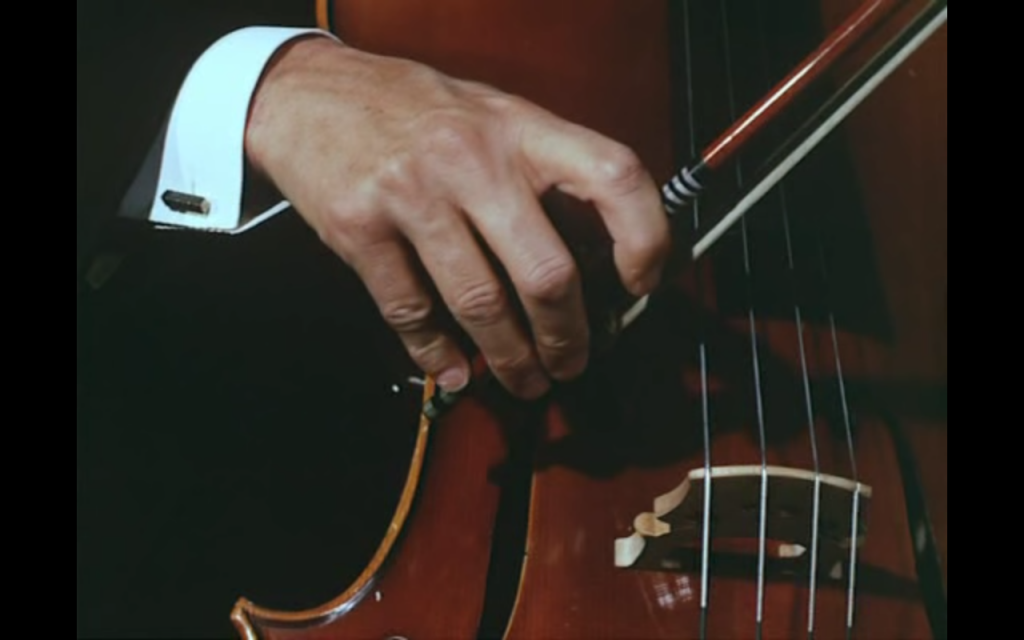 As I mentioned before, All These Women concludes an artistic arc began by Bergman with his Faith Trilogy. The Trilogy sees characters flounder for meaning or purpose in a world that largely presupposes the silence and/or absence of God. Left to struggle for their own existentialist purposes, the characters either come up blank or resign themselves to the comforts of perfunctory systems and processes: in Through a Glass Darkly the family surrenders the schizophrenic Karin (Harriet Andersson) to a mental institution via a helicopter which she envisions as God in the form of an evil spider; the priest Tomas Ericsson resigns himself to continue serving his missing congregation in absentia in Winter Light; the sisters in The Silence restrict themselves to their fates—one to her death in a strange, foreign country, the other to her duties as a mother back home in Sweden.

But Felix takes a proactive approach towards his own destiny—instead of giving up and sacrificing his talents and integrity in the name of fame and historical immortality he chooses self-destruction. In doing so, Bergman seems to affirm that value in life can only be found in cultivating one’s own garden; each human must forge their own purpose and raison d’être. The only justifiable surrender is of one’s own life.

Self-centered? Maybe. Perhaps even solipsistic. But it was the first genuine answer Bergman had offered to his own questions in years.

Tumbling, tumbling, the man falls further and further into destitution and failure. It started with a game of cards: win a few hands, get enough money to buy the wife that black dress she’d always […]