There’s genres, and sub-genres and sub-sub-genres. I like to think of deformity and its impact on society as a sub-sub-genre birthed through horror and further removed as paradoxical exercises in bigotry, racism, small-town fear; perhaps even small-minded xenophobia. The Hunchback of Notre Dame, The Phantom of the Opera, Mr. Sardonicus and Eyes Without a Face are the cleanest direct descendants of horror, with The Elephant Man, Mask and Face of Fire examples of that nebulous sub-sub-genre. These latter films focus more on the human vs. inhumane reflex; disfigurement and its impact on the reactive; a somewhat “reductive” analysis of our shared response to the unusual and foreign.

Face of Fire is a lesser known film; a compelling adaptation of early American author Stephen Crane’s novella The Monster, the title itself a purposeful “misdirect,” setting the reader up for a tale of horror, when the actual horror is implicit; an exploration of our distaste for the strange, and mankind’s inherent ugliness.

Directed by Albert Band, a filmmaker who started very inside the industry (an AD on John Huston’s The Asphalt Jungle and screenwriter of The Red Badge of Courage), he moved to Sweden in the late 50s and strangely, continued to make American films using that country’s locations, crews and actors. This gives Face of Fire an unusual foreign “energy” and perspective, even though it’s telling a very “domestic” tale. While the story is set in a small American town, it has the “otherworldliness” that Swedish films of the 50s and 60s inhabited. Contributing to this feel was composer Erik Nordgren’s haunting score (Ingmar Bergman’s Wild Strawberries, The Seventh Seal), as well as several Swedish actors joining the small American ensemble. 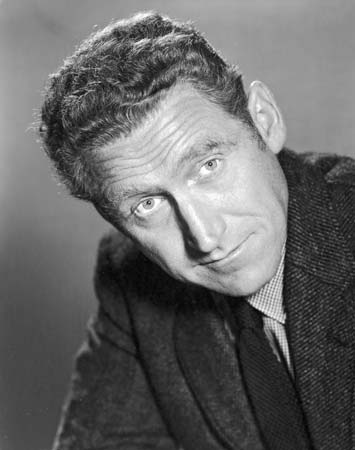 The story follows Monk Johnson (James Whitmore) as a small-town handyman, beloved by his community. He plays carriage man for Dr. Ned Trescott (Cameron Mitchell) and his family, bonding closely with son, Jimmie. He’s also formally courting Bella Kovic, dressed in his Saturday night finest. Everyone in this small Stephen Crane designed American town knows their place, and enjoys the provincial values of the times. When a fire breaks out in the Trescott home, Monk selflessy bolts in to rescue Jimmie. He’s able to get the boy out, but the fire, started in Dr. Trescott’s laboratory, soon overtakes him. Passed out, some flammable chemicals leap onto Monk’s body. The Trescott’s return home in time to see the antiquated fire department attempt to kill the blaze, and realizing Monk has rescued Jimmie but is still inside, Ned charges in, pulling our burned hero out.

Sadly, Monk is so badly scarred and disfigured that his entire face has literally burned off. Additionally, he’s had brain damage and can barely communicate or discern who he is. Feeling responsible, Trescott takes it on himself to try and repair the damaged man – first through surgery, and failing that, finding a place for his convalescence. It doesn’t help that Monk’s horrible visage is covered with a cloth, or that he shuffles along, mumbling incoherently.

The town people are at first sympathetic, but like mob mentality does, fear and ignorance soon overtake them. They want Monk banished “somewhere else.” One night while unattended, Monk “terrorizes” the town, retracing the steps of his final night of normalcy, turning up at Bella Kovic’s house. She and the general populace, repulsed by his behavior, scream and flee. This is just too much for their fragile emotions; they turn from an understanding community to a vicious lynch mob, chasing the poor creature out of town.

Crane’s novella paints a much more bleak picture than the film which offers a somewhat upbeat ending that still can’t tie everything up as nicely as the filmmakers hope. Actor Whitmore must deal with the “crippling” handicap of performing most of the film with his face either covered either by a burlap towel, or under the convincing make-up job.  He’s able to convey such loss and disillusionment, all with his random mumblings and powerful physicalization, that it’s easy to discount his remarkable performance.

Warner Archive Collection has released a beautiful print of this lost classic. The short 83 minute running time delivers an expeditious and taut storyline, only helping to convey the profound theme of ugliness, both physical and internal. A surprisingly well-made, underrated gem, Face of Fire’s foreign setting, strong visuals and unflinching portrayal of man at his ugliness, makes us question what makes a true horror film; the monsters of fantasy, or the dark personalities living right next door?

Face of Fire is available as an MOD DVD through Warner Archive Collection.