True, a mechanical error sent the signal for American flight crews to drop nuclear bombs on Moscow. But every possible contingency plan for stopping them failed because everything was planned too perfectly: the planes couldn’t be intercepted by fighters because they were designed to move too quickly; the planes couldn’t be shot down because their radar and decoy systems were too advanced; a direct plea from none other than the President of the United States failed because the flight crews had been trained to ignore any vocal commands after a certain time. The planning was perfect, the execution flawless.

Why? Because people wanted it that way—people like Professor Groeteschele (Walter Matthau), a civilian adviser who sees the accidental bombing order as a chance to wipe out the Soviet Union. Groeteschele haunts Fail Safe like a specter, an embodiment of the militaristic id responsible for Mutually Assured Destruction. But there are many who fight against him, chief among them the President of the United States (Henry Fonda) who desperately tries to orchestrate the military to destroy the bombers while appeasing the Soviet Chairman. These latter scenes feature Lumet at the height of his powers as a director who understood how to utilize the mechanics of the cinema to highlight and enhance the performances of his actors. 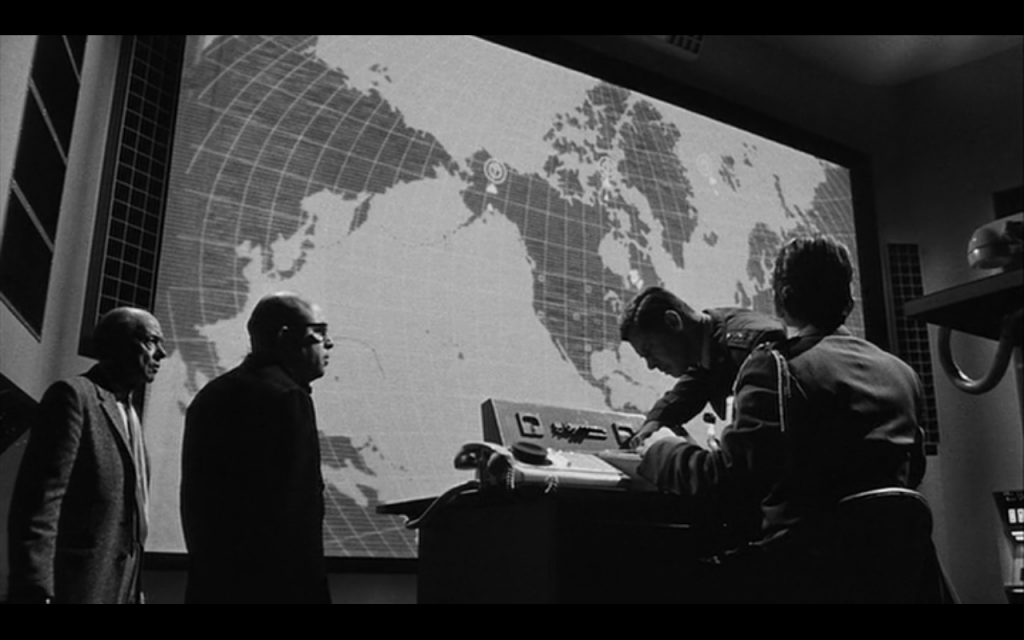 Consider his first communication with the Soviet Chairman over a hotline to Moscow. The entire scene, roughly four minutes and forty seconds long, consists of a single static medium close-up of the President and his translator, Buck (Larry Hagman), sitting at a table in an empty, featureless room. Their performances are so convincing, the dialogue so expertly crafted, and the tension so unbearable we don’t realize that not once does the camera move, not once are we distracted with an edit. 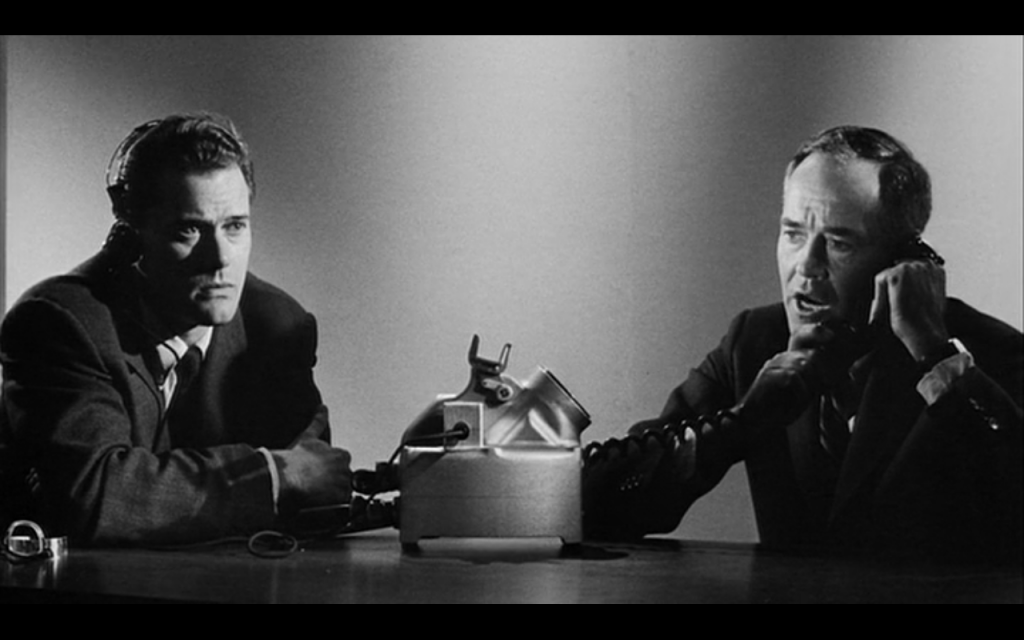 Fail Safe, recently released through The Criterion Collection, is a film of intense silence and stillness. Almost all of it takes place indoors in tight, claustrophobic rooms with the camera positioned ever so slightly so that you can always see either the floor or the ceiling. The film features almost no music, just background noise: the hum of machinery, the whine of engines, the exasperated groans of military personnel, and at the end; the chittering of innocent civilians. Rarely has black-and-white cinematography seemed so sharp and deliberately sterile. At times it seems like Lumet and his cinematographer Gerald Hirschfeld painted white flesh black and black sets white so they could print the resulting film negatives. The shadows are sharp and jagged enough to carve concrete, the light harsh enough to bleach flesh and melt steel. Lumet and Hirschfeld’s visual style exaggerates to such an effective extreme that interposed grainy stock footage of fighter jets and bombers—the United States Air Force refused to cooperate with the film’s production because of its suggestion that such a horrific scenario could possibly occur—seems natural and organic; the bombers exist in a totally detached world impenetrable by outsiders. 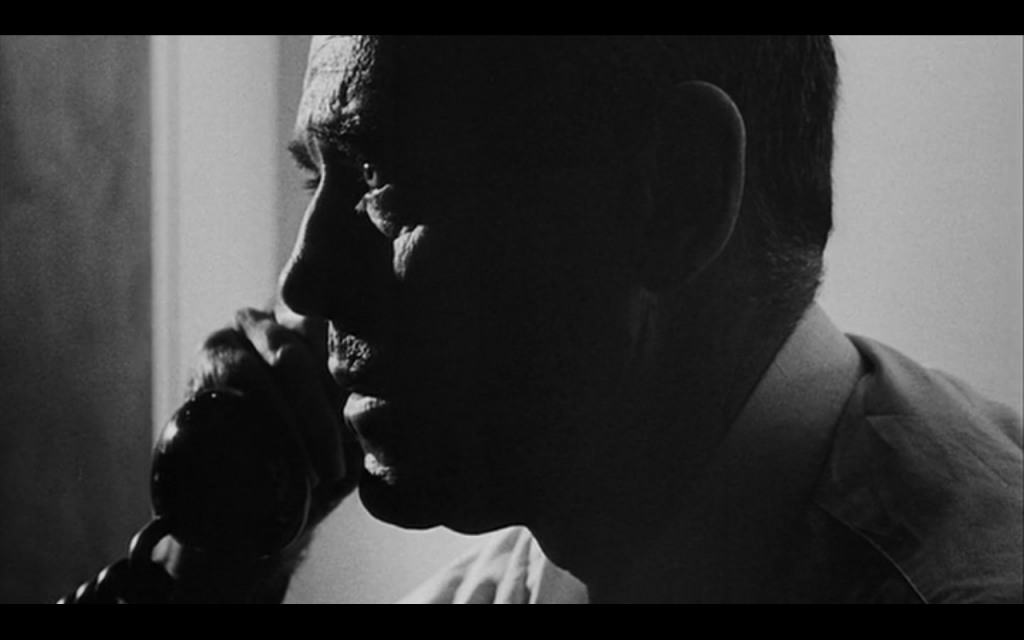 Despite its brilliance, Fail Safe was perhaps doomed to relative obscurity, not because of its content and fatalistic, nihilistic tone but because of its timing—it was released a few months after another Cold War thriller involving the accidental nuclear bombing of the USSR by a rogue American bomber crew: Stanley Kubrick’s Dr. Strangelove or: How I Learned to Stop Worrying and Love the Bomb (1964). Both films being produced by Columbia Pictures, Dr. Strangelove was released first upon Kubrick’s insistence: he filed a lawsuit claiming that Fail Safe was plagiarized from the book Red Alert which Strangelove was based on and which Kubrick owned the creative rights for. Kubrick got his way, Columbia threw its weight behind Strangelove, and Fail Safe opened in the nuclear fallout of  Strangelove’s devastating success.

In my humble opinion, I believe that Dr. Strangelove has endured longer than Fail Safe for two other major reasons.

First, Sidney Lumet simply can’t compete with the Cult of Kubrick. Kubrick has become such a cause célèbre among academics and filmmakers that his films—even his inferior ones like Lolita (1962)—have become canonized as immaculate pieces of Art. In a hundred years, film schools will still be showing Kubrick’s work alongside the films of D.W. Griffith, Sergei Eisenstein, and Alfred Hitchcock while Lumet will be treated as an important yet comparatively minor cinematic craftsman. 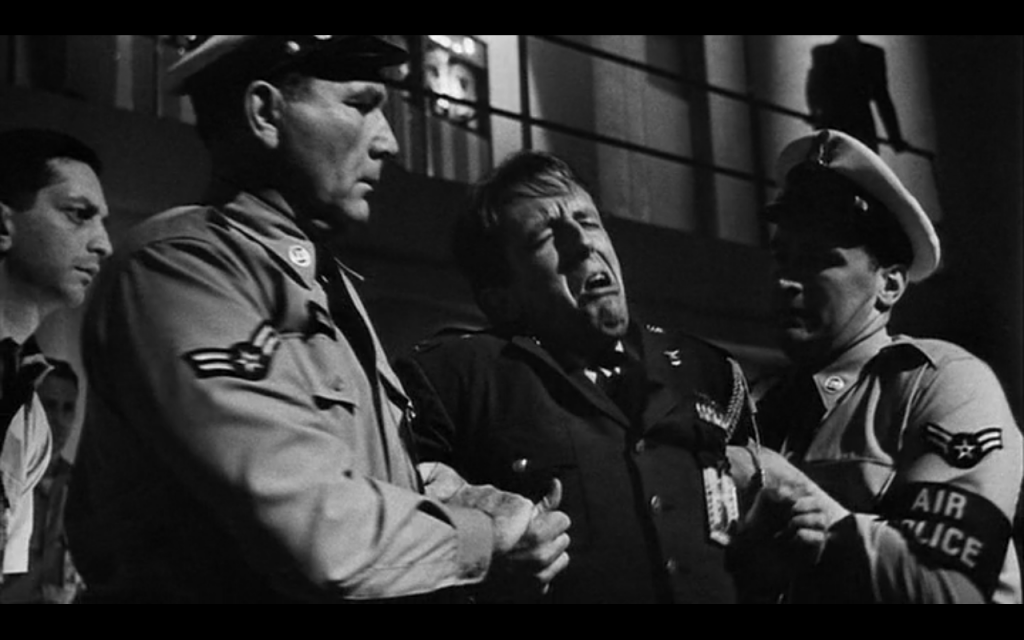 Second, Dr. Strangelove had the benefit of tempering the threat of nuclear annihilation with comedy, something 1960s audiences mired in the Cold War would have desperately needed. There is no comedy in Fail Safe; no levity, no relief.

This is not to say that Dr. Strangelove is in some way inferior to Fail Safe. If anything, both films work as companion pieces: Dr. Strangelove the absurd fantasy and Fail Safe the uncomfortable reality. Both feature some of the best late Hollywood black-and-white cinematography ever captured on celluloid. Both featured ensemble casts of classic actors giving career-defining performances. And both featured iconic endings of nuclear holocaust: the former Slim Pickens riding a warhead to his doom like a cowboy, the latter a montage of New York City frozen in time in the millisecond of detonation.